Join me in welcoming our first Special Guest we’ve had for a while: Jay Stern! I was recently a guest judge for Iron Mule, the long-running short comedy film festival that Jay co-hosts and I was blown away by how funny and well-chosen the films were. If you’re in New York, you must go. Here’s Jay: 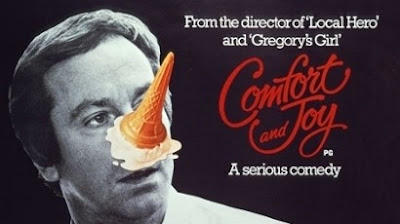 
Scottish director Bill Forsyth is best known in the U.S. for his 1983 feature Local Hero, a quirky, bittersweet portrait of an isolated Scottish community and the Americans who come into contact with them. His follow-up film Comfort and Joy is unfortunately less known here, possibly because it is purely Scottish, meaning there are no American actors in it.

And this is a shame. Forsythe’s movies are great. He’s a gentle filmmaker; his films are touching, simple, and create odd, unadorned portraits of “real” people. They are quiet little films but are always charming, quite often with a healthy dose of bitterness. The deadpan performances only heighten the quality of the humor and pathos.

Comfort and Joy follows Glaswegian DJ Alan ‘Dickie’ Bird as he undergoes the trauma of losing his fabulous girlfriend and becomes caught up in the Glasgow Ice Cream Wars. The Glasgow Ice Cream Wars were a real event in the early ‘80s in which rival drug gangs using cream vans as fronts fought over territory, but the ever-innocent Forsyth took the wars at their face value and presents them here as a rivalry among ice cream salesman. This violent war between purveyors of ice cream provides a wonderfully convoluted foil for Dickie Bird’s life as he tries to find meaning and happiness as a middle-aged man who has lost the love of his life.

There are so many interesting characters in the forefront and periphery of this movie–ice cream gangsters Mr. McCool and Mr. Bunny, the dentist who looks like George C. Scott, the psychiatrist and the station manager who both claim the same story from their navy days–and every throwaway moment is worth paying attention to. This movie also boasts the funniest collection of lame radio jingles you’re liable to ever come across. But be warned–the “jiffy pops” theme will stay in your head for days!

In our post Judd Apatow world, when was the last time you saw a gentle comedy with heart that completely avoids lapsing into sentimentality? We all need more Bill Forsyth in our lives, and Comfort and Joy is as satisfying and unique as an ice cream fritter. 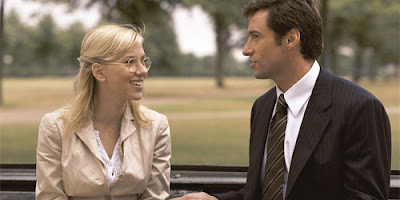 
Woody Allen’s first British film Match Point left me disappointed and angry. His follow-up movie, however, also starring London and Scarlett Johansson, restored what I love about Woody Allen to the formula.

I won’t argue that Scoop is a great movie. I will, however, argue that it is underrated and certainly the most enjoyable movie of the latest stage of Allen’s career. Some perks to this movie:

Scoop isn’t one of Woody Allen’s greatest, but it’s a fun, pleasing diversion in the realm of Alice, another underappreciated movie of his. But more on that another time. 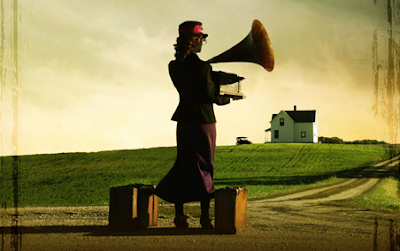 
“Let us all hope that we are preceded into this world by a love story.” So begins Sweet Land, one of the sweetest movies you’ll ever see, but grounded by a stark, simple Pioneer aesthetic. It’s like Appalachian Spring made into a movie. Or how Terrence Malick would have made Days of Heaven if he cared more about people and storytelling than he does about landscapes.

Set just after WWI among a Norwegian community in rural Minnesota, Sweet Land tells the story of Inga, an orphaned immigrant who has been brought over specifically to marry a local farmer, Olaf. The two haven’t met, and the Minnesota locals are shocked to learn that Inga is not Norwegian but German. The town refuses to accept Inga, and she and Olaf are ostracized when they end up sharing a house together. Forced to harvest their crop alone, the cheery outsider Inga and the grumpy and awkwardly silent Olaf learn to respect and then love each other. And after Olaf performs a reckless and self-destructive act of kindness, they are welcomed back into the community.

Director Ali Selim keeps it simple, letting the images and acting tell the story and never lapses into sentimentality or pity for his characters. Performances are grounded and utterly believable, even when “name” actors such as Alan Cumming and Ned Beatty show up. A double framing device in the present day about Inga and Olaf’s grandson deciding whether or not to sell their house and then recalling the elderly Inga telling him stories about her past, serves as a nice entryway to this place and time that is so underrepresented in movies. There is beautiful period detail of common life in rural America in the early 20th century but the film doesn’t wallow in it or glorify it.

Sweet Land is not only an underrated movie, it just may be one of the best movies from the past 10 years that you’ve never heard of.

In addition to co-hosting Iron Mule, Jay Stern is a writer and director in his own rite, for both stage and screen. He is currently working on his third feature film, the romantic comedy musical adventure The Adventures of Paul and Marian. Go check out the trailer and maybe even sign up to be a co-producer.