How to Create a Compelling Character, Step 5: Give Them Something To Fear 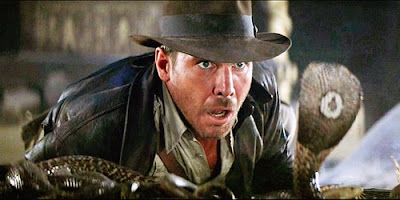 Welcome back folks. I wrapped this series up a few months ago, but I quickly started thinking of other essential elements I left out. For instance, the Canadian novelist and writing blogger Margo Berendsen kindly linked to the series as part of a similar post she wrote and I realized that her suggestions should be added to my list (with a little tweak). I held off while I added yet more to the list, but now I’m hopefully ready to finish the series for good this week. (Maybe.) Here goes:
All heroes need at least one big fear, preferably a universal one that most of the audience will share. Fear of failure. Fear of loneliness. Fear of commitment. They shouldn’t have so much fear, of course, that they’re cowering in the corner. We want the kind of fear that gets them moving, actively trying to forestall a dreaded outcome. 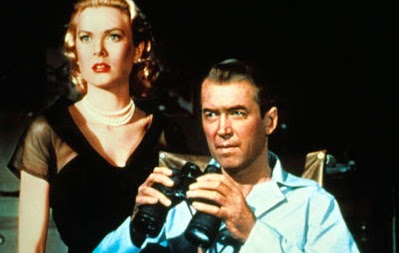 No matter what happens in a scene, it will be far more compelling if we know going in that your hero either hoped or dreaded that this would happen. Maybe your hero is forced to face the one thing they most fear (Indiana Jones gets dropped in a snake-filled tomb)… Maybe what happens is the solution to their fear (Luke Skywalker fears that he’s lost his last chance to join the rebellion until opportunity arrives)… Maybe what happens to them is a metaphor for their fear (Jeff in Rear Window is afraid of marrying Grace Kelly so he becomes obsessed with a worst-case marital situation across the courtyard) Either way, the situation they find themselves in is more compelling to us because we know it’s going to tap into their emotional anticipation.

Most heroes have a public, common fear they express openly right from the beginning. In scarier movies, they also have a hidden, unique fear that they hide until halfway through. Chief Brody in Jaws is worried he won’t cut it in his new beach-town job. We find out halfway through that he’s secretly afraid of the water. Likewise, Clarice Starling in Silence of the Lambs is afraid that she’s in over her head at the FBI, then we find out that she’s really afraid that her dirt-poor background will show through. In both cases, the key to solving their public fear is to confront their hidden, private fear.


The key to compelling an audience forward through a story is to get them to anticipate what might happen next. Of course, your audience will take their emotional cues from your hero, so start the very first scene by asking: what is my hero anticipating? It could be something good of course, but it’s usually a stronger choice if it’s something they dread. Even if your audience doesn’t like your hero yet, they’ll find that they need to know if the dreaded event happens or not. That buys you some more time to get the audience on your side.
Posted by Matt Bird at 11:34 PM

Whoa, just came back to review your excellent series on compelling characters, and see my own name. Thank you.

Hi, I find reading this article a joy. It is extremely helpful and interesting and very much looking forward to reading more of your work. daftar bandarqq online terpercaya