Today is the first day of Women’s history month and it’s been about a year since we’ve heard from any lady-like special guests on this blog, but that all ends today! We’ve already heard from Kseniya Yarosh’s not-insignificant-other Matt Carman and now she’s here to grace us with her own findings, including some hardcore heroines. Take it away, Kseniya...


I’m a girl with muddled tastes. Typical romantic comedies bore me. Melodramatic tales of female bonding confuse me. I like warped, sloppy, badly made movies like Grease 2, Road House and The Stuff. But that’s not all I like. I am still fascinated by gender, sexuality and romance and much of my film-watching has been devoted to finding relatable, interesting female role models and revealing illustrations of intimate relationships. The following under-the-radar films have felt especially significant when I think of women in the movies: 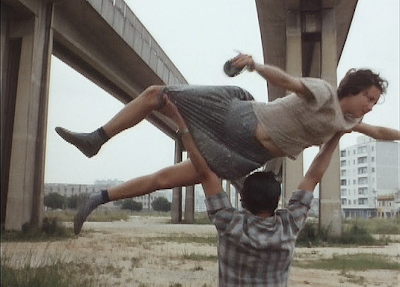 Hour of the Star is like a sadder, more authentic 1980’s Brazilian Napoleon Dynamite. About a girl. Tragic and funny, it’s filled with quotable lines (“I’m a typist, a virgin, and I like Coca-Cola”), cringe-inducing scenes of courtship and odd, ugly-interesting faces. Focused on two outsiders--a country girl who moves to Sao Paolo and her boasting, dopey older boyfriend--the film explores the absurdities of love, life and adulthood.

Some might see the film as mocking an uncultured girl and the small pleasures she takes in eating hot dogs and riding the metro on Sundays. I see it as portraying a normal though slightly naive individual navigating a world that is usually reserved for movie people too clever and/or pretty to identify with. Movie romances tend to be too easy--the melodrama too calculated and quickly undone. But what do you do when you’re ordinary? 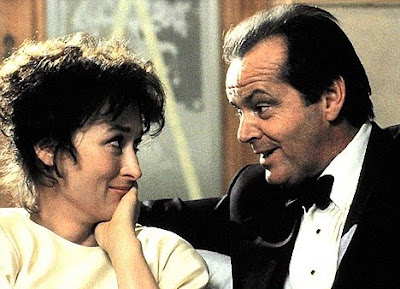 
I didn’t expect to like Heartburn when I rented it. The Nora Ephron films I’d seen previously (When Harry Met Sally, Sleepless in Seattle, You’ve Got Mail) were too cutesy and superficial. And, anyway, punny titles are never a good sign. Nonetheless, I was curious to see Meryl Streep in an earlier role, and I was not disappointed. The film is presently one of my favorite romantic comedies of all time.

It has some flaws (like the fact that two journalists who are never seen writing can afford to buy and renovate a house despite being ‘poor’), but overall the story is intelligent and realistic. Unlike with Ephron’s other films, there’s uncertainty about wishing these characters to be together. Not because they don’t love each other, but because some couples just aren’t meant to be.

Possibly my favorite scene comes early on, the day Rachel (Meryl Streep) and Mark (Jack Nicholson) are set to get married. Rachel, doubtful about the wedding, has a number of clumsy, anxious conversations with her friends, family and therapist. Eventually, Mark comes in and calmly asks her if she knows where her shoes are. She doesn’t know what he means. His responds with: “I do. I know where your shoes are and I know everything else about you, and this is only the beginning.” Who knew Nicholson could be so charming? I didn’t.

They get married. Later in the film, Rachel has other episodes of mania and once again they are handled perfectly. They’re not too dramatic; just sad and self-conscious and full of impulse. At the same time, I appreciate that even at her most ‘pathetic,’ Rachel remains likable, not grating or shrill like so many contemporary female characters. Life is difficult, but Heartburn reminds me that you can only cry for so long until you have to laugh again. (Bonus: See Kevin Spacey in his first feature film role as a handsomely scrappy “Subway Thief.”) 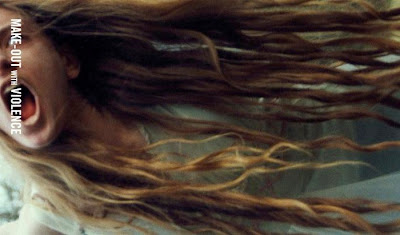 
I know a film is special when I walk out and instead of reviewing a mental list of faults, I am euphoric and trying to cling on to my favorite scenes. This was the case with Make-Out with Violence. A zombie movie that’s more about growing up, attraction, love and gender, Make-Out blew me away when I saw it a year ago and has stayed with me since.

Its biggest advantage is that it was made by a group of friends who were still close enough to their adolescence to infuse this coming of age story with a kind of anxiety and humor that older screenwriters and directors have trouble conjuring. Don’t expect a typical teen melodrama, however. It’s something more akin to Guy Maddin’s Careful, the jokes being similarly absurd and the acting so stiff and silly that it crosses into a level of sincerity which more realistic performances can only reach for.

I would offer more details, but, honestly, the best way to see this film is with as little information as possible. Afterwards, I’d recommend watching the extras and reading IMDb to discover the messy history of the project. It’s quite a surprise, considering how beautifully calculated the final product appears.


I’ve seen Shopgirl about four or five times now, and I still cry at every viewing. Don’t let that scare you though; the film isn’t without its laughs (Steve Martin wrote the source novel, after all). To put it simply, Shopgirl is the thinking girl’s Rom-Com.

Centered around an artsy, introspective twenty-something Saks sales clerk, the story was inaccurately promoted as a love triangle drama between Claire Danes and her two love interests -- the dashing, older Steve Martin and Jason Schwartzman, a goofy, immature graphic designer. As far as I see it, the question of the film isn’t “whom will she choose?” but “should she choose either?” Nonetheless, the key point of the movie is that relationships aren’t inherently ‘good’ or ‘bad.’ They simply are, and their function--beyond intimacy--is to give you clarity and to get you to that next step in your own development. More than love, Shopgirl is about growing up.

Claire Danes’ performance raises the film to the next level. It would have been easy for her to begin the movie as naive and timid, and end it as wise and outgoing. But Danes’ arc is more complex. She’s intelligent from the start and even in her moments of weakness, she’s clearly self-aware and in control. Even her blossoming sexuality during the course of the film is entirely of her own doing and not a result of any guiding partner.

Ultimately, I like the simplicity of the story, its willingness to delve into the uncomfortable conversations of break-ups, and the beautiful Edward Hopper-esque color palate. It’s a movie that any awkward, restless young woman can relate to, and one that can give her some hope.

Kseniya Yarosh is a writer, researcher and blogger living in Brooklyn. She and Matt Carman co-edit the biyearly essay collection “I Love Bad Movies” (featuring several cockeyed Special Guests) which you can get here. Last year she watched 365 movies (good and bad). This year she's trying to get back to reading books. Nonetheless, her main goal for 2011 is to start a podcast for fellow female film enthusiasts.

I enjoyed reading The Hour of the Star about 12 years ago, but I never knew it had been made into a movie. Thanks!

YES to Heartburn (the book's pretty smart and funny, too.) After all these years the memories of the pizza/My Boy Bill scene and the non-telegraphed key lime pie remain ...