How to Alienate An Audience, Part 3: The Hero Isn’t Misunderstood 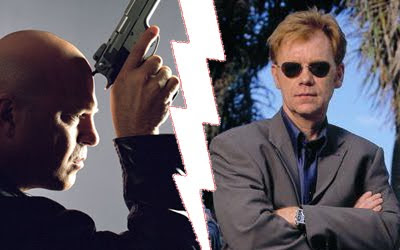 Some say that the quickest way to build identification with a hero is to see them save a cat. But when was the last time you saved a cat? That’s not really a universal emotion. As far as I can tell, there’s only one emotion that everybody feels every day, privately and silently, that they will always identify with onscreen: everybody feels misunderstood.

The first time we see someone onscreen, we form certain assumptions about them. But we don’t want all of those expectations to be confirmed. The moment we bond with them is the moment we realize that they’re more (or less) than they appear to be. But too many heroes are easy to figure out from the moment we see them. Everything anyone would assume about them, good or bad, turns out to be true.

What happens when Tony Soprano, Don Draper, Vic Mackey have a moment of private time? They melt down. They’re totally confident and super-competent in public, but when they’re not on display they each become a tortured mess. Compare them to David Caruso’s ultra-thin character “Horatio” on “CSI Miami”… He’s basically who he appears to be. His public and private personas are the same. He’s not complex.

There’s a great line in the Tick cartoon, when two parents discover that their young child is a supervillain, and always has been. At first, they’re in total denial, but after the facts have had a while to sink in, the mom finally comes to a realization: “You’re… you’re not misunderstood at all, are you?” Up until then, of course, they were able to accept and sympathize with all of their child’s evil actions as long as they could believe that he was misunderstood. The sympathy only breaks when they realize he’s merely what he appears to be. Audiences feel the same way about their heroes.

Tony, Don, and Vic do despicable stuff all day long, but we still love them because we see that that’s not all they are. Horatio, on the other hand, is a much more upstanding guy, the kind that might save a few cats, but even fans of the show despise him, because he’s just not misunderstood. (Which is not to say that you have to avoid ethically clean characters. Vic’s by-the-book colleague Dutch on “The Shield” was an equally complex example of a troubled, misunderstood hero.)

(Note: in the comments, you’ll learn that I originally singled out NCIS as the bad example here, but the commenters convinced me that that wasn’t fair. A leader cannot survive without the consent of the governed.)

Great point. One of the things I've been playing with in my story have been stereotypes--presenting main characters that appear two-dimensional because they are familiar, and then sneakily switching roles on the reader. Being misunderstood is so universal--love it.

You may be right in general - but personally I love Jethro Gibbs. I don't see him as all powerful. He is vulnerable emotionally because he really cares about his team - he just hides it from everyone because he doesn't want to be vulnerable. That is part of what makes him who he is. I admit that if he wasn't played by Mark Harmon I wouldn't be watching the show, but I also wouldn't be watching if I didn't like Gibbs.

I really like this series - except for this post. All of your positive examples are of people who behave very badly and need these weepy moments of "I'm so misunderstood" to justify their bad behavior.

I agree with anonymous - Gibbs isn't alienating at all. He's a modern interpretation of the paternal, old west strong and silent archetype. He has a great empathic rapport with his audience because of it.

A character like Gibbs is totally self assured and you can roll with that. Don Draper is in a horrible struggle to understand who he is - that's compelling. Ted Mosby never has a confident statement about how life is that we believe (a la Gibbs) and never struggle for an epiphany we care about (a la Draper).

Okay, you guys have won me over. I'm having a big problem with this whole series of posts: it's hard to come up with bad examples because I only watch stuff I like, so I don't know enough about stuff I don't like to find appropriate examples.

And the fact is that I secretly like Jethro and NCIS-- not enough to ever watch it in primetime, but I would gobble up the four-episode USA Network marathons when I was sick on the couch.

I would stick by my claim that Jethro isn't very compelling-- Harmon will never win an emmy for the role, and I'm never compelled to find out what will happen next to the character, but Ithadeo's right that he's not alienating, either. In fact, he's very watchable.

Like Anonymous, I suspect that my appreciation of him is due less to the writing and more to Harmon's great performance. I really admire how Harmon makes Jethro genuinely prickly, instead of just TV-prickly. Even Hugh Laurie on House telegraphs that he doesn't really mean it when he yells at his staff, but Harmon is a genuine hard-ass, and the audience appreciates that.

You guys have worn me down. I've switched the Jethro references for Horatio on CSI Miami. Can we agree that he's alienating?

~half the disney princesses are hardly misunderstool, at least Anna from Frozen isn’t misunderstood at all (and doesn’t even believe she is).
Ariel, on the other hand, is misunderstood only by herself (ie delusional), and would genuinely need to be locked up if not for sheer luck.
Still, both of those are great protagonists and not exactly alienating.

Personally, I didn’t find Horatio alienating either (just boring), but he might be alienating in a less ridiculous story.