How to Alienate An Audience, Part 2: The Hero Just Says No 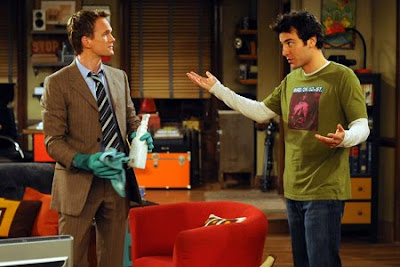 We’re talking about alienated audiences this week, and no audience is more alienated than the fine folks at the Onion AV Club’s Inventory column. They recently did a good list of stick-in-the-mud characters who almost ruin otherwise good TV shows. Probably the most damning one on the list was Ted, the titular “I” of “How I Met Your Mother”. Indeed, I’m a fan of the show, but it is a rare case where the supposed star has become the least likable character by far. Ted is a scold, and audiences everywhere get very irritated with scolds.


In lots of stories, and especially in comedies, you have heroes who are plunged into over-the-top situations where everybody wants them to do something wild and stupid. Stupid isn’t sympathetic, right? So you show how smart your hero is by having them say “no” repeatedly and tell everybody else that they should be sensible, right? Nope, if all they do is say “no”, then we’ll have no patience for them.

All you need to do to solve the problem is to give them something else they really want to do instead. Maybe they’ve got an important business appointment they should be attending, or they’re supposed to be marrying the wrong person that weekend, or whatever. If they’re got a false goal that they could be pursuing instead, then the offer they’ve been given will present an actual dilemma, instead of a no-brainer. No matter how crazy or stupid the offer of fun is, we’re never going to sympathize with someone who simply chooses nothing over something. 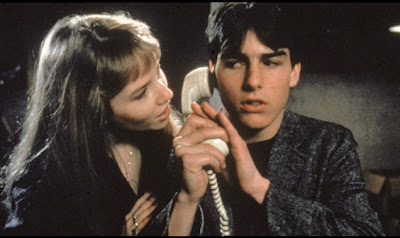 In Risky Business, a nice boy named Mitch ends up, despite his qualms, becoming a pimp. You would think that such a morally repugnant proposition would be objectionable strictly on its own merits, but no. The audience is never going to root for Mitch to sit around moping while his parents are out of town. Compared to that, even becoming king of the prostitutes would seem like a no-brainer. The audience’s bias is always in favor of something —anything— happening. Instead, the movie gives Mitch another positive he could choose: this is the weekend he’s supposed to interview for Princeton. That’s a dilemma we can take more seriously.


What if Cary Grant hadn’t had a fiancé in Bringing Up Baby? Or Rosalind Russell hadn’t had one in His Girl Friday? They were both being courted by crazy people, but crazy is better than nothing, so it still would have been totally unsympathetic to just say no. But choosing between boring security and crazy fun is a classic dilemma, so it’s compelling to watch.
Posted by Matt Bird at 9:26 PM