How to Alienate An Audience, Finale: The Hero is Callous 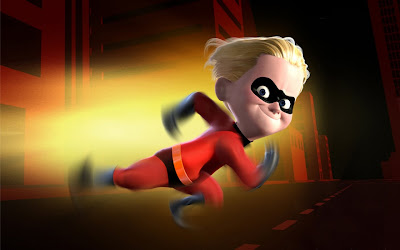 Okay, this last one may just be me. Every year movie heroes get more and more callous and nobody makes much fuss over it. But for me it’s an total deal breaker. My brain snaps and heads out to the lobby, even if my eyeballs stay and watch until the end. The first time I noticed this was in Batman Returns when Batman stuck a bomb to a henchman’s chest and pushed him down a open manhole, then walked away while a fireball shot up out of the hole. Huh? Batman? Really?

Since then it’s become an epidemic. Rock bottom was in The Incredibles, when the little boy happily tricked some henchmen into crashing their ships into each other and dying a fiery death. I think I was supposed to pump my first in the air and say “Hell yeah!” after that one.

Now I’m not one of those guys who complains about all the construction workers that were killed on the Death Star. That was clearly portrayed as a grim, do-or-die situation. Nobody was there to have fun. It was war, and I accept that lots of people die in war. But superhero movies are a little different. Superheroes are out there voluntarily, breaking all the rules and having fun. When I see them killing off minimum-wage goons with a cocky smirk, I kind of start to hate them. 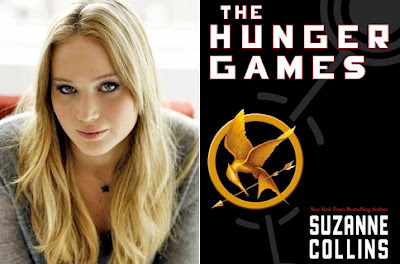 Even when it is a do-or-die situation, please allow the hero to take killings seriously. If it’s not upsetting, we don’t buy it. They just announced that Jennifer Lawrence will take on the most coveted new franchise role out there: the lead in the adaptation of the super-popular teen novel “The Hunger Games”. The novel is very exciting, and it might make a good movie, but I hope the screenwriter fills the gaping hole in its center.

In a dystopian future, a young girl is forced to participate in a gladiator tournament where she must kill or die. That’s fine, and I get that she really does have to kill these other kids and the whole point is how horrific it all is. But the first time she kills somebody in the tournament, she doesn’t bat an eyelash. They tell us she’s never killed before, but when the time comes she drops a bee’s nest on somebody who gets stung to death and then she immediately moves on to the next task.

This is just not the way the world works, people! Read any oral history of any war. Every soldier confesses that they would rather die than kill. Killing is what they’re really afraid of when they get shipped out. Killing is what gives them PTSD. It’s horrible. Nobody gets over it, not even the toughest guys. It’s easy for writers to sit on their beanbags and type up scenes where the hero walks away from an explosion without flinching, but please take a second to think about how killing would actually make them feel. (Even if do they have cool-guy errands that they have to walk to.)
Posted by Matt Bird at 9:22 PM

Fantastic point. I've loved this whole series you've had going. At some point in writing I realized that my MC would probably be as prone to killing people to get what she wanted/needed as I would be. As a result, I have a character who ends up a whole lot more sneaky than violent, and when her choices do lead to death, you can bet she goes into a dark, shakey self-loathing.

And maybe people won't like that. Maybe it'll seem ridiculously boring. But in the end, I'm happier with myself for writing it that way.

And like you, I find a more realistic result much more relatable, and moving--and therefore interesting.

Yes, agree, agree, agree.
I found The Hunger Games somewhat bewildering in that - we're so far into Katniss' head that I kind of thought we'd go there, too. And then, in the final book, suddenly it's all there, but for me it was too muddled, too little, too late.

This post has definitely given me something to think about and it was something I hadn't realised was happening. Yes, if our heros are killing, it needs to mean something. Thank you for a great post!

The goons and the Big Bad in the Incredibles attempt to murder children on several occasions. They had it coming.

This is a good point. I feel dumb for not noticing first time around. Could we find someone to blame for desensitising us to violence? It's good to remember that not everyone is.

First off, I love your blog! I'm not a screenwriter, but I am an aspiring fiction writer/ writing student, so story analysis sans airy-fairy "you can't learn this it's all the unconscious expressions of geniuses" claptrap is great. And great fun. Thank you!
I'm looking forward to the movie of the Hunger Games, because I think (perhaps naively) that some of the problems the book had could either be fixed or might not be such issues in that medium. For instance, some of the pacing seemed more like a movie than a book... starting on the day everything changes for instance, without giving us a chance to know about what it's changing *from*. A novel could have the luxury of taking a more leisurely approach, like Lois Lowry's The Giver which spends whole chapters showing us the hero's post-apocalyptic world before we get to the moment everything changes, when he gets given an unexpected job... instead of showing it to us in hindsight.

What you point out about Katniss's lack of horror at killing --I think that's part of a larger problem I had with the point of view. First person is so intimate and intense, but Katniss is repressed, so if it's going to be honest we need to have access to, if not her feelings, than areas of psychological tension where we know there's something she's not expressing. But I just don't see that emotional subtlety in the way Katniss's internal monologues are handled. They had the quality of seeing her from the outside, more like how a movie works --except when you're inside a character's head that doesn't work the way it does when it's on screen. But in a film the handling of internal narrative wouldn't be a problem right? Of course, the screenwriter and actor would both still have to have an understanding that the horror of having killed someone IS there, even if she's repressing it. I totally agree that she should not come across as callous.

>Every soldier confesses that they would rather die than kill.
If I had killed but not died, I’d probably “confess” that too. But I wouldn’t exactly expect to be believed.
I, for one, only believe those who refused and were executed for it.


Obviously lacking any experience, I’d guess killing a human (without any danger to yourself) would feel like killing an animal: empowering and quite enjoyable.
With danger to yourself … well, obliously the danger is the problem. (and no, please don’t try this. you would be put behind bars for good reason)
Now, I know perfectly fine, this is uhm…controversial, and I wouldn’t say this with my name attached; certainly I wouldn’t put it in any story. But insisting killing without getting ptsd is unrealistic is just wishful thinking. Or maybe some self-congratulatory narrative, whatever.
Of course, being in the Hunger Games without getting ptsd looks perfectly unrealistic, as do plenty other aspects of that story.