How To Create A Compelling Character: An Introduction 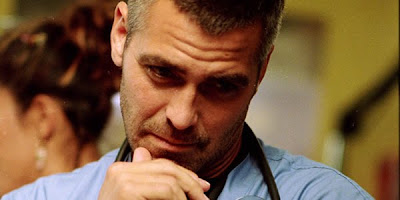 Two years ago, I was dying rapidly. There were two different causes: my stage four cancer and the resulting chemotherapy. Still, my prognosis was not as bad as it could have been— if the chemo killed the cancer before either one killed me, I stood a good chance of complete recovery, though at the very least I was sure to have a “lost year”.

When I got my diagnosis, several peers told me, “Whatever you do, don’t tell your managers. They’ll drop you.” But I decided I had no choice—I was losing weight and strength everyday. Soon my hair and eyebrows would be gone. My reps were sending me out on a lot of meetings and it wouldn’t be long until anyone would be able to see what was wrong with just a glance.


So here I am two years later. The chemo worked, the cancer’s been totally gone for a year and a half and my oncologist thinks that it’s never coming back. I’m happy and healthy. But I still have major problems …with character introductions. I’ve spent two years struggling with the question, what made that Clooney introduction so perfect?
Well, if you’ve been reading the Hero Project, you’ve seen me struggle through a lot of these issues. At one point I even came up with a character creation checklist, listing 25 things you need to ask about every character before you start writing. But that still didn’t do it for me. In fact, with everything I write, I’ve been adding to that list. This week was supposed to be a seventh week of “Hero Project” essays, laying out the new additions, but, thanks to last week’s work, I think I’m ready to move beyond that. I think I’ve finally got it. So, starting tomorrow. I’m going to do something different. The project is over. I’m ready to declare my new principles. This week I’m going to lay it all down: How To Create A Compelling Character From Scratch, in a step-by-step process. Come back tomorrow.

First of all, congratulations on being a survivor. That kind of life-and-death courage and fight doesn't come easy. You've truly had your own hero's journey experience and now you're sharing some of that hard-won knowledge with all of us. So thanks for that too. I wonder if there are one or two characters/stories that you've been dreaming of for a while, ones you would have regretted not being able to share with the world. I hope you're working on those now, whatever else you're up to.

Thanks for the kind words. I didn't mean to get all maudlin today, I just wanted to tell the Clooney story and it seemed appropriate to set the stage with all its attendant drama.

Of course, to me, it's a just a funny bit of irony, but I guess I knew that anyone who didn't already know the background would more likely find it too harrowing to laugh.

Haven't visited your blog in quite some time (and do realize I am here commenting on an old post!) but just wanted to say how glad I am to find you are still here and still posting. I'm reading over your posts on creating characters to help me through a problem in a novel revision. Haven't been teaching screenwriting for a few years now but I still send people your way for clear-sighted advice.

If you are interested in skills of how to write an annotated bibliography, click it without hesitation.

Congrats for overcoming it and being alive.
Great blog. Lots of insight that I only find here.