The Story Project #3: About What You’d Expect 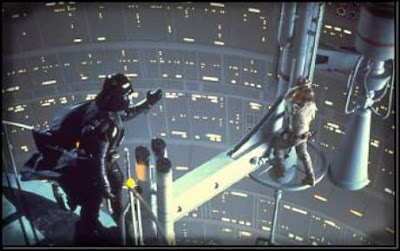 As long as people have told stories, they have tried to avoid starting a story from scratch. Don’t worry, it’s only an adaptation, or a remake, or a sequel, or at least part of a shared universe or a familiar genre. My story is new but I haven’t cut the material out of whole cloth. I’ve just re-tailored your last year’s coat to fit you better. Let’s look at a few of the tricks people use:

I wrote before about Shakespeare’s preponderance of adaptations and remakes, so let’s move on to sequels: We all know that sequels deserve no respect. Except the “Odyssey”, and “Antigone”, and the “Aeneid”, and “Don Quixote Part 2”, and “Huckleberry Finn”, and “Ulysses”, and Godfather II, and The Empire Strikes Back, and Silence of the Lambs, and… well, okay, I guess there have been a few good sequels. It’s always comforting for a writer to start with characters that people already love, and there’s no reason that you can’t use those characters to create a new artistic statement. Of course, you have to overwhelm the voice of the producers, who often assume that the audience will want the same story too. To succeed, the writer needs to be willing to make something as different as the “Odyssey” was from the “Iliad”.

Shared Universes: One of the hardest things about telling a self-contained story is that it has no consequences. If somebody misses it, so what, it’s not going to affect any other stories. When you accept the benefits of a shared universe, your story gains permanence, but that brings new responsibilities: “Dallas” infamously threw out a whole year’s worth of stories by having a character wake up and discover that the previous season had been a dream, but they had a unexpected problem on their hands: that season had featured a cross-over with its spin-off “Falcon Crest”. Dallas couldn’t say that those stories didn’t really happen unless they were willing to sever their shared continuity with a larger fictional universe, where everything has to “really happen” in a way that simply doesn’t apply to separate stories.

Nowhere does this concept reign more supreme than in superhero comics, but those same superheroes are now bringing the concept over to movie screens. Nobody would call the recent Hulk reboot a sequel to Iron Man, but it’s clearly set in the “same universe.” Of course, this may mean that they’ll soon learn the downside of a shared continuity: If Thor sucks, then Marvel may discover that they’ve devalued other successful franchises along with it.

Genre: This is the simplest way that stories try to put us at ease. “You may not have seen this before, but don’t worry, you’ve seen something like it, and we’re going to play by the same rules.” Strangely, movie rental stores have every movie divided by genre-- but no book store divides the “comedies” from the “dramas” and puts them in separate sections. They might separate out the “crime” or “romance” books, but that’s seen as a judgmental ghetto-ization: they slot books into those sections only if they clearly aren’t trying to be “literature”. Every movie goes into a ghetto automatically, so does that mean that no movie is as good as any piece of unclassifiable “literature”? (Maybe it just means that movies cost a lot more to make and so they can’t afford to just trust the right audience to gradually find them on their own—they have to market themselves very specifically.)

Almost every story finds a way to promise, “Don’t worry, this won’t be entirely new to you,” and that’s fine, to an extent. But artistic, cultural and business trends sometimes conspire to bring things to an extreme, like we have today in the movie business, in which original stories have become almost entirely devalued. How did we get here, and how do we get back? Let’s pick up there tomorrow.