The Story Project #2: You Can’t Make This Stuff Up (Or Can You?) 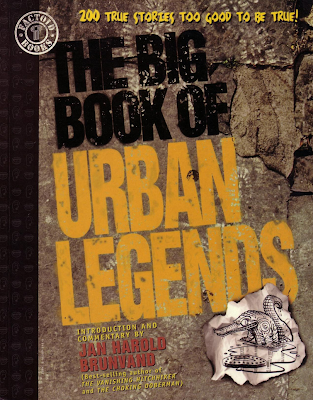 Let’s say that you’re a homemaker in middle America. Your neighbor has come over seeking to be re-assured because she’s worried about an upcoming event, so you want to put her problems in perspective by telling her an amusing story about people in a similar situation. What do you say to her? You’re not allowed to say this: “Your predicament is a difficult one, so I’m going to tell you an untrue story I heard about two totally made-up people who attempt to solve a similar problem in a humorously bull-headed and/or poignantly mistaken and/or clever and laudable way!”

The problem is that people love good stories but they hate lies. This is a paradox, since the best stories are never exactly true. So how do we get around this problem? If you’re that homemaker, you simply say, “Let me tell you something that happened to a friend of a friend of mine.” You’ve added a lie to a lie and made it all okay. These are the stories that have come to be known as “urban legends.”

Why do we cloak our urban legends in a flimsy veil of truthiness? It’s not like anybody believes it anymore. We all know that when we hear “I heard this from someone who heard it from someone else”, then that’s code for “this is just a good story.” So why do we still do it?

The “urban legend” format was invented because it’s embarrassing to tell a story. But here’s the crucial thing: the teller is embarrassed that they’re telling a story, but they insist on doing it anyway, even if they have to pretend that it really happened. They’re willing to bluff their way past their embarrassment. Why? Because urban legends are great stories—so great that you have to re-tell them, even if it’s taboo.

Okay, now I’d like to show you some short films… Hey, where’d everybody go?? Come back here! All right, I’ll admit it, the short film is one of the most unsuccessful storytelling forms ever derived by humankind. I hate short films. You hate short films. You find yourself wondering, “How come, if this thing is only fifteen minutes long, it seems like the most interminable stretch of time I’ve ever spent in a movie theater?”

Most short-filmmakers (who are almost all student filmmakers) totally misunderstand the form. They think, “Well, I don’t have time for a story, so I’ll just focus on a poignant character moment.” Ugh. Sure, character is more important than story, but you can’t have one without the other. No matter how short your story is, there still needs to be a story, or nobody cares. People only care about characters if they’re in a story.

When I arrived at film school, we had a Friday seminar where the chairman of the program showed us award-winning short films, hoping to knock some sense into our heads before we went off and made plotless messes. At around that same time, I picked up the book pictured above, a graphic novel adaptation of the 200 best urban legends collected by the great Jan Harold Brunvand. As I read the book, I noticed something... Many of the best short films were just uncredited adaptations of urban legends! Which makes total sense. Let’s look at two legends from the book. This legend... (please click to enlarge, as always) 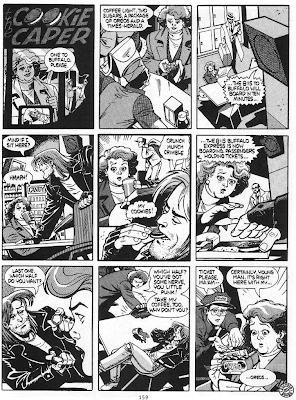 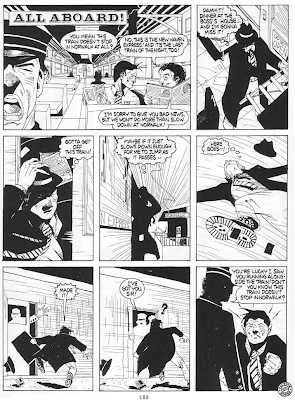 ...became this Oscar-Winning film (It’s in French, and the subtitles are in Spanish, but you can still follow the story):
Why do urban legends make such great short films? Because they’re simple and universal, yes, but more than that: They set up an expectation and then reverse it. That’s the magic. That’s the heart of a great story. That’s the basic unit of storytelling. Most short films don’t create or reverse any expectations. This was a typical short film at my school: “There was the this one time that my stepfather yelled at me and then later I sat on the abandoned railroad tracks and watched a sunset and cried.” That’s a bummer, but it’s not a story. A story has a reversal. Someone attempts something and their action has an unexpected outcome: That’s a story. And if it’s good enough, it might even become an urban legend. People will feel the need to repeat it even if they fear that they have no right to tell a story.

Tomorrow we’ll get back to the idea of how professional storytellers apologize for the stories they’re telling, and why that’s no good.
Posted by Matt Bird at 10:09 PM