Storyteller's Rulebook #49: The Writer and the Naysayer Should Be Friends 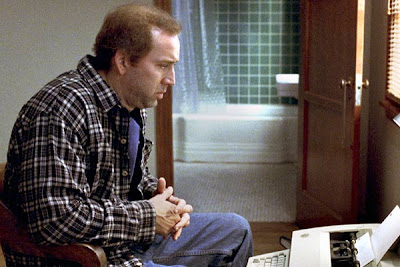 There was a story that made the rounds of the writing blogs recently, thanks to some eager press agent, about a new novelist named James King. The hook was the “inspirational story” of how King was rejected by 54 agents before he found a publisher. Naturally, I’m happy for the guy, and more power to him, but these sorts of press releases always leave out one itsy-bitsy teensy-weensy impossibly-huge detail: Was he revising his manuscript the whole time or not?

It’s no accident that they neglect to ask that question. These stories seek to feed our fantasies that we, too, might be an undiscovered genius. The last thing they want to do is give the impression that art-making is a humbling, collaborative process.
Especially in stories that focus on great authors and their rejection slips, the implication is always that the rejecters were abject fools who failed to see the author’s inherent brilliance, but the author “stuck to his guns” and “refused to listen to the naysayers.” Finally, one brave agent and/or publisher saw the value that everybody else missed, proving that the author had been right all along.
But isn’t there another possibility? I know that if I had a novel rejected by 10 agents, much less 54, I would start listening eagerly to the naysayers, pumping them for notes and rewriting my text to fit what they had to say. And I assume that that’s just what Mr. King did. Isn’t it possible that agent number 55 didn’t prove the previous 54 wrong? What if he proved them right? I’d bet that their rejections were the kick in the pants that King needed to fix his manuscript.
Of course, you can’t listen to every note, but they quickly form a critical concensus. As Bob Gale says on the Back to the Future commentary: “If we got a note from only one person, we would assure each other that that was the only person who felt that way. But as soon as we got the same note from two people, we knew that there would be millions who felt that way.”
Updated: A year after I ran this piece, we got this excellent article by Kathryn Stockett about her many attempts to sell “The Help”, which was far more honest about the relationship between rejection and revision:
Posted by Matt Bird at 12:45 AM