Storyteller’s Rulebook #46: Sometimes You Have To Write Deleted Scenes 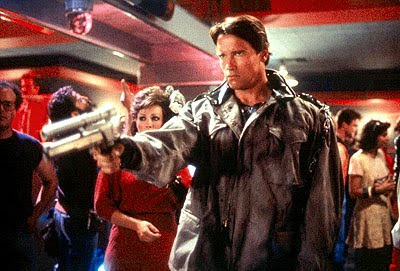 I was writing a monster movie: a classic story of a young guy, a young girl, and their friend who turns out to be a supernatural killing machine. All well and good. Then I realized that I was confused about what drives the second half of these movies: Who’s chasing who?
A beast targets you and your date. You discover the danger that it poses to everyone. One way or another, this is going to build into a big satisfying confrontation at the end, but who’s chasing who? The beast wants to kill you, so it’s obviously chasing you—but you’re the only one who knows about this great danger, so even if it stopped chasing you, you’d want to chase it, right?
When I was writing my version, I realized that I didn’t know who should instigate the final fight. It would be easiest for me if the monster remained the driving force the whole time. Otherwise, I would have to motivate a big change in my hero: they would have to shift from reactive to proactive, from victim to victimizer. That sounded like too much work! So, as always, I looked for movies that had tackled this problem in the past to see how they handled it. I thought about The Terminator... As with my script, this was a movie where both sides had a strong motivation to stop the other. So who attacks who at the end? I realized that I couldn’t remember...
So I rented the DVD and re-watched the movie. I saw clearly that the robot was chasing the heroes the whole time.Yes, the heroes want to stop it, and they even take the time to make some explosives, but they wait for the robot to attack.The robot spots them on the highway one night and comes after them.They toss the bombs at him in self-defense.When that fails, they hide out in a random factory.When it finds them there, they use the machinery there to finally kill it.(But at the end there’s a very ironic reveal: this factory was a predecessor to the very company that would one day invent the robots. It’s implied that they would launch this new production line by reverse engineering the robot skeleton the heroes left behind.Holy time travel paradox!) Okay, so that answered my question, right?Yes, you can get away with a creature feature in which the heroes never turn proactive, and just react to the monster the whole time. 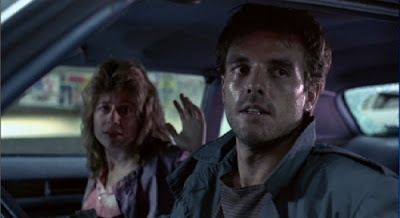 But then a funny thing happened: I watched the special features. I discovered that there had been a proactive turn, but it had been cut out. In fact, a lot of plot twists that later wound up in Terminator 2 were re-used from the deleted scenes of the first movie. In the original cut, the good guys realized that they couldn’t just run from the robot forever. They decided to blow up the factory that would one day invent the robots. That’s why they made those bombs. They didn’t ironically wind up in that particular factory—they had gone there intentionally to blow it up! But in the editing room, the filmmakers had decided that this big turn wasn’t coming across strongly and they made a radical decision: Just cut it out. After all, what does it matter? You can have the same final battle without the shift in motivation, just re-cut it as if the robot attacked them. They didn’t even have to do any re-shoots.
So how did this affect my own decision? The final cut had proven that you could make a beloved monster movie without a proactive turn— but those deleted scenes made me wonder… Fans of the movie don’t complain that the heroes never take charge— we love them even though they remain reactive... because the movie is so damn exciting! Who has time to stop and worry about that stuff?
But would that have worked on the page? Screenplays are never as exciting as movies, no matter how action-packed your prose is. We read them slowly and contemplatively and we miss things that aren’t there, like proactive heroes. I realized that they might have been able to sell Terminator: The Movie without the escalation, but they probably never would have sold the screenplay in the first place if they hadn’t written those deleted scenes. I put a proactive escalation into my script, just to be safe.
Posted by Matt Bird at 9:40 AM

This is another great post. Exactly why I read this blog. In a sense we're always writing potential "deleted scenes" right up through the final edit which is really just the final act of writing. Since so much of what you write about is more timeless than timely, I wish there were a way to see fresh comments on older posts maybe in some kind of sidebar near the top of the page?

It's an interesting suggestion, but I'm pretty sure Blogger won't do that. I do occasionally click through all my older posts to see if any new comments have shown up. It's very rare but it happens. Somebody extended my metaphor on this pieceinto a hilarious epic short story in the comments, months after it first went up.