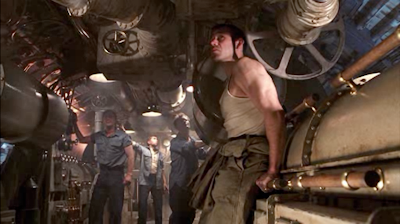 Title: Below
Year: 2002
Director: David Twohy
Writers: Lucas Sussman & Darren Aronofsky and David Twohy
Stars: Bruce Greenwood, Olivia Williams, Matthew Davis, Holt McCallany, Zach Galifianakis
The Story: During World War II, a stir-crazy American submarine crew rescues the survivors of a British medical ship, but before they can get to shore, they come to fear that they are haunted by an malevolent spirt—a spirit that won’t be satisfied until it reveals a horrible secret held by certain members of the crew.

How it Came to be Underrated: The Weinsteins can do a great job distributing a movie, when they feel like it, but they’re more often happy to consign it to the briny deep. After Aronofsky decided he wasn’t going to direct this one himself, Harvey and Bob never regained interest and dumped the final product quietly, which is a shame since it’s an effective little thriller.

Why It’s Fun:
If You Like This, You Should Also Check Out: I’ve had an appreciation for the perpetually underused Bruce Greenwood ever since he spiced up the last two seasons of “St. Elsewhere” as a sociopathic intern. Around this time he was also great as President Kennedy in Thirteen Days.

How Available Is It?: It’s on DVD and Watch Instantly. I discovered this on DVD just after it came out and then listened to the lively commentary, which has everybody joking around in one room. I found it odd at the time that they let a guy with a pretty small part talk so much but he was very funny, so I started paying attention to Zach Galifianakis. That man is now America’s sweetheart.

Today’s Post Was Brought To You By: The Temptress of the Deep! 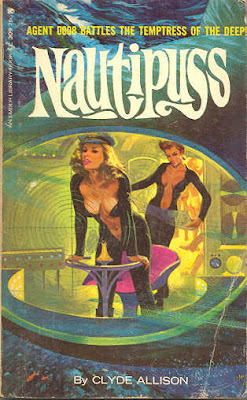 For me, your most fruitful underrated rec so far. I really enjoyed this one, for all the reasons you mention and then some. I'd like to add that it's one of the better submarine movies I've seen, even without the supernatural elements. Some of the scariest parts, like the waiting for depth charges, are all a part of their everyday WWII undersea life. Bruce Greenwood is great--have you seen him in those two Egoyan films?