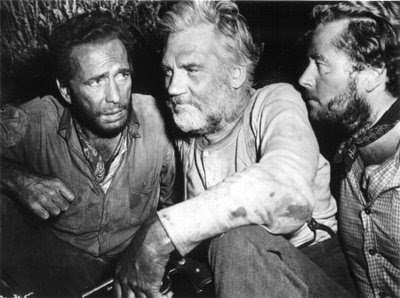 One of the assignments I’m working on now is about hedge-fund guys, so I’ve been reading a lot of books about that world. I’ve noticed that they go through a very similar initiation ritual to writers (and probably similar to everybody else whose job requires that they seem clever).

Some stock picker will have a good year and so they’ll start a hedge fund with much fanfare. For about two seconds they’re the new golden boy. Then a few trades go south and they very quickly go from golden boy to toxic waste before they even know what hit them. What do they do now? They face a perilous choice. They got to where they are through intuition. They had a sixth sense for good ideas. They didn’t know where the ideas came from and neither did anyone else, so people began to suspect that maybe they were had magical powers, and invested some capital in them.

But the magic was an illusion. Nobody starts a hedge fund after a bad year, so when a good year finally hits, the preceding years of misses get wiped off your record and the myth of the instant success is created. But, statistically speaking, it’s likely that the next year will take you right back to misses, except now you’re putting real money at risk.

This is the situation George Soros faced in 1985. He had trusted his intuition and convinced some big money to follow him, but then he made a few bad bets and he couldn’t figure out what went wrong. Wasn’t he a genius? No, he realized, he wasn’t. He had been a good guesser, but guesses aren’t a reliable commodity that you can sell. He came to a horrible realization: he had to ignore his own intuition and rebuild his ideas from scratch. He had to take his good guesses apart and figure out why they had worked, in order to figure out why his bad guesses had flopped. He started keeping a diary of every idea that came into his head as a “real-time thought experiment” and picking apart every assumption.

As you may have noticed, I’ve been doing the same thing recently. In writing, as in finance, you can get in the door based on early promise, but then you’re expected to perform every time, and to do so you have to learn totally different habits, ignoring the instincts that got you there and replacing them with a repeatable structure.

In film school, they teach you to ignore all doubts and listen to your inner wellspring of inspiration, where you go panning for flecks of gold. When you build up enough flecks, you enter the marketplace. But you quickly discover that flecks of gold don’t come quickly enough to make a living. You’re no longer a prospector. You’re now an alchemist. You’re not looking for gold wherever you find it, you’re expected to produce it on cue, and when you’re asked to re-write somebody else’s abandoned script, you frequently have to start with a hunk of lead.

Soros’s diary had a happy ending: his new process led him to make a huge bet against the dollar that yielded a profit of $230 million overnight, securing his fortune and his fame. He published the diary as a book called The Alchemy of Finance. He never went back to prospecting.
Posted by Matt Bird at 11:39 PM