The Hero Project #8: Skills Are Where You Find Them 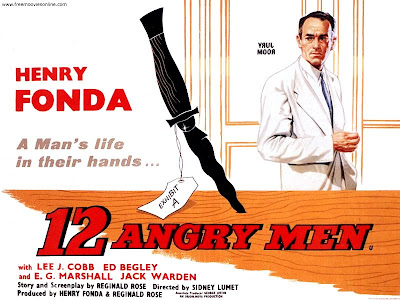 Before I move on from my nifty chart of the nine types of heroes, I wanted to delve a little more into the difference between Adapters and Worst Possible Picks. The whole reason I started this project was because I realized that I had falsely assumed that all heroes should be the worst possible pick. A little bit of vulnerability was good, so a lot of vulnerability was great, right? What I realized was most heroes who seemed to be starting from scratch were actually adapters. They found ways to use skills from a completely different job to surmount their current problem.

In 12 Angry Men, Henry Fonda is the only juror who is able to deconstruct the prosecution’s arguments and construct the case for reasonable doubt that the defense couldn’t be bothered to build. It’s no coincidence that he’s an architect. He’s not doing what “every man” would do, he’s doing what only he knows how to do.

Two of the examples I looked at last week are also adapters. Having been a blacksmith, Bloom in Pirates of the Caribbean finds all sort of way to use those skills, from experience with swords to knowledge of cell doors. Fox in Back to the Future is so insistent on using his existing skills that he re-invents the objects that he already knows how to use.

Relying on past knowledge gets you past another problem in thrillers: the “wouldn’t the bad guys have thought of that?” problem. There’s a reason that our hero can outsmart the villains: he knows something that they didn’t know he knew (but we did know he knew it, because we saw it in the first act) . Otherwise, in movies like The Spanish Prisoner or Air Force One, where the heroes don’t reveal any special skills, then you can really only credit their success to villain incompetence.

(I should add, however, that special skills need to be established in an organic way. When it’s set up in a clunky way, and then it comes back later, the audience groans. One laughable example would be the girl who got past the dinosaurs using her gymnastic skills in Jurassic Park 2. Even worse is Angelina Jolie using her husband’s spider-venom advice to create a special bullet in Salt.) 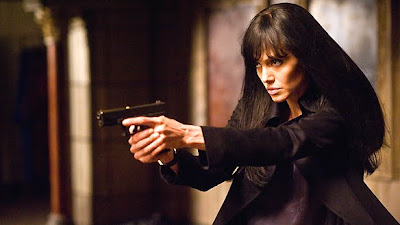 So can Worst Possible Pick movies ever work? I was surprised to realize that they can, but only if things get truly harrowing for the poor unskilled hero. Harold Lloyd gets up the building in Safety Last in a sheer blind panic. Poor Linda Hamilton never finds a use for any of her waitress skills when fighting an evil robot from the future in The Terminator, but that’s okay because she’s just trying to survive. Ultimately, she gets saved by someone else.

But what about Audrey Hepburn in Wait Until Dark? She’s not only menaced by thugs, she’s also blind, and nobody comes to save her. So how does she get out of it? Well, she does something interesting. She eventually figures out that she should smash all the light bulbs. She turns her biggest liability into her only asset. Suddenly, I realized that this happens all the time at the movies, and not just with Worst Possible Picks. Many heroes, instead of changing themselves, find that they must accept themselves in order to win. It’s the difference between Freud and Jung. Let’s pick up there tomorrow, as we begin to barrel towards some sort of a conclusion...

When I tried softball for a season or two, right as my oldest child was graduating from college, I learned that "In women's softball, most scoring is done on errors." For a batter, the best offense was the opponents' weak defense.

I am now taking bridge classes and learning much the same thing. You can get away with all kinds of mistakes if your opponents are not smart enough to catch them.
________

When the Atlanta Braves lost to the SF Giants this Friday, a friend commented "Chipper Jones was both the hero and the goat." On offense, Chipper hit a crucial home run, putting his team ahead. On defense, he missed a crucial catch at third base, causing his team to lose.
____________