The Story: When the famous singer “Dino” passes through the tiny town of Climax, Nevada, two would-be songwriters decide to keep him there long enough to hear their work. At first, Walston is afraid that Dino will want to steal his wife, but they decide to hire the town hooker to pose as his wife, so that Dino can have his way with her. If you think it can’t get any more dirty-minded than that, you’d be very wrong.

How it Came to be Underrated: This is what career suicide looks like. Wilder (like Hitchcock and Michael Powell) spent the ‘50s pushing the boundaries of propriety, but gradually lost his audience when standards started to loosen faster than he could push them. This was Wilder’s attempt to get back out in front and obliterate the line entirely. Instead, it destroyed his reputation, which isn’t hard to understand. It’s great, but this material would have been too dirty for 1974, but less ten years earlier!

If You Like This, You Should Also Check Out: Like most of Wilder’s later movies, the biggest flaw here is that it’s overlong. But Wilder was just as funny as ever if you’re will to forgive the slack pacing. The two movies he made before this are similarly overlong but still underrated: Irma La Douce and One Two Three.

How Available Is It?: It’s on DVD, which has a lone special feature: a much cleaner ending. They don’t explain whether Wilder was forced to shoot it, then discarded it, or whether it was his idea in a moment of panic. For better or worse, he stuck to his guns. 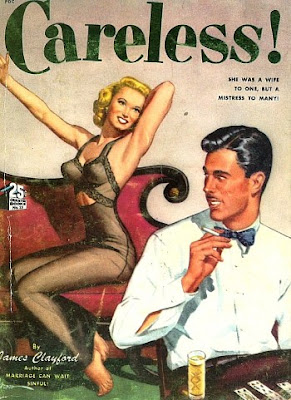 Hey pallie, Mr. Bird, likes don't know how I missed this amazin' post on KMS....this is probably one of the most underated flicks that our Dino ever starred in....in this case, as usual, our Dino is ahead of his time...this film was at least a decade ahead of the times....sorry to have missed this before, likes will make this the Dino-feature tomorrow at ilovedinomartin....
Regards to you man, Dino Martin Peters

A formidable share, I simply given this onto a colleague who was doing a little bit evaluation on this. And he actually purchased me breakfast as a result of I found it for him.. smile. So let me reword that: Thnx for the deal with! But yeah Thnkx for spending the time to debate this, I feel strongly about it and love studying more on this topic. If possible, as you develop into experience, would you mind updating your blog with extra particulars? It is highly useful for me. Large thumb up for this blog put up! content marketing singapore