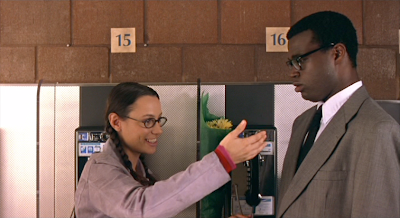 
The Story: A shy, charming Nigerian-American has to travel across upstate New York for an arranged marriage, but a crazed Frenchman encourages him to pursue his crush on a Spanish cutie making the same trip.

How it Came to be Underrated: I saw this randomly at Sundance and I fell in love with it. When it failed to get much of a release, I was afraid to watch it again—had I merely been intoxicated by the mountain air once again? No, I liked it even more the second time, and everybody who I show this movie to goes crazy for it (and curses the pea-brains who failed to market it properly.)

If You Like This, You Should Also Check Out:? After establishing himself as a rocker, Adebimpe unexpectedly popped back up as another groom years later in Rachel Getting Married and he still had all the same charm. Hopkins finally re-emerged with the quiet Dustin Hoffman / Emma Thompson romance Last Chance Harvey, which isn’t as good as this one but still worth seeing.

How Available Is It?: It’s on DVD and Watch Instantly. The DVD has a fun commentary with Hopkins and Adebimpe 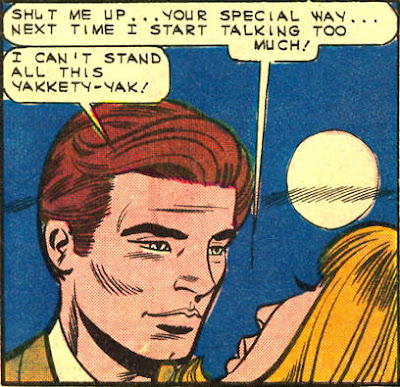 as I am always on the lookout for under-appreciated movies. so it´s a delight to browse through the caravan´s suggestions and catch up with some flicks which had escaped me.

last night´s treat was Jump Tomorrow and it certainly is charming (especially given the tight budget). I liked the character´s, I loved the idea of using Spanish soap operas as George´s fantasies and the use of Lennon´s ´Instant Karma´ during the church scene is a pure stroke of genius (how could they afford the rights to that song?). but - you saw the but coming, didn´t you - but still the movie left me feeling kind of hollow. even before it ended. I think in a way they tried to be too nice, likeable and even handed. which is fine from a moral point of view, for me it backfired on the story, though.

in a rom-com I want to choose a couple I want to see kissing and having their happy end. in Jump Tomorrow they should be George and Alicia. but for me they were not. as soon as George meets Sophie, his meant-to-be-bride I thought: "yes, she´s the right one for him!" ... and thus I lost my desire to see George run off with Alicia completely. Why?

I perceived Sophie´s character as reasonable, warm and grounded. just what George needs.

do they have one really intimate scene? not that I remember.
sure they both are nice and quirky, but that might be not enough.

for the sake of comparison I re-watched What´s Up, Doc? right after JT. this one is perfectly cast and does not shy away from telling me, whom I do not want Howard to marry. his fiancé Eunice is just too right for him, Howard needs more anarchy in his life. and here comes Judy ...

I do like Eunice, too. especially when she erotically teams up with Larabee in the end. Doc? suggests, though, that Howard and Judy are having much more fun, not to mention better sex. meaning: I really do want to see them kiss in the end.

like I said, partly because the sparks do fly between O´Neal and Sreisand. as opposed to the fiancé Kahn/Eunice.

me being a guy from the 70s helps to enjoy Doc a good deal more than JT, of course. but then JT heavily milked that era´s aesthetics. too much for it´s own good, maybe.

JT is nice, little movie anyway. no more and no less.