Storyteller’s Rulebook #27: You Can Do Anything (As Long As You Do A Contained Thriller First) 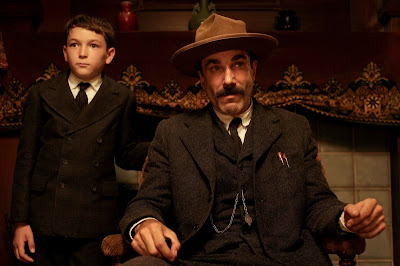 It’s so liberating to go to the movies and see something utterly great and strange like There Will Be Blood. It feels liberating. Movies can do that?? Movies can be ambitious and literary and sinewy and tough?? It expands your whole idea of what a movie can be. But I always try to rein myself in when I start granting myself the same license. Before I start to say, “My next one will be like Oh Brother Where Art Thou meets The Matrix meets The Prestige,” I always remind myself that I don’t have the clout that those filmmakers have. Ambition is great, but everybody has to pay their dues first. And how do you pay your dues? For all of those filmmakers, it was by making a nifty little contained thriller.

For Paul Thomas Anderson, it was Hard Eight. For the Coen Brothers, it was Blood Simple. For the Wachoski Brothers, it was Bound. For Christopher Nolan, it was Following. If you’re familiar with these movies, you might notice a pattern. A small crime. A pulpy atmosphere. Bold, slightly strange camerawork. A small number of locations. High pressure. A shocking plot turn about two thirds of the way in. Maybe a few minor stars who are lured into a small role by a great script.

And this has been true all the way on back, all over the world: Godard and Truffaut started with Breathless. Bergman? Kurosawa? Lots of little crime movies at the start of their resumes. Even the exceptions seem to prove the rule. It’s easy to forget that Wes Anderson’s first movie, Bottle Rocket was marketed as a crime movie, even if it was quirkier than the other examples.

Every time a mind-blowing movie comes along and breaks all the rules, it makes me happy. And it makes me re-double my efforts to write a nifty little thriller, so that one day I, too, will have that much clout. 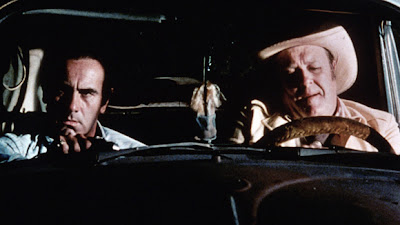 This post is so right-on. Not much to add except that I'm sometimes sorry that writers/directors stop make great, quickly made, little movies after their initial successes. I wish Scorsese, for instance, would look for more projects like AFTER HOURS and THE KING OF COMEDY. And I don't quite agree with your previous post which is kind of refuted by this one. In contained thrillers, your liabilities had better be your assets, or the whole idea of your film probably won't work. And if Cuse and Lindelof had been the ideal NASH BRIDGES scribes, we never would have LOST. They would have gone on to create other boring shows. To cite Godard and Bergman as film artists who know how to manipulate audiences and imply that their skill is similar to network TV writing seems too pat as well. Godard--and to an extent a writer like William S. Burroughs--loves genre and was doing his best to tell a hard-boiled story in BREATHLESS--only it came out all effed up and Godardian. He could do no other. Just like Lindelof with LOST. He could fake it for a while on shows like NASH BRIDGES, but, given a blank slate, his real interests went somewhere else entirely.

A few more thoughts: does anyone out there who seriously loves storytelling consider Paul Haggis' films to be superior in authenticity and artistic integrity to his creation of the TV show he disdains that supposedly spurned them--WALKER, TEXAS RANGER. I'd take Chuck Norris in reruns any day over CRASH.

And Coppola, who you've quoted before once said that once you have a certain level of skill as a writer-director, pay attention to what people hate and criticize the most vehemently in your work. Because that will be the best part of it, the most you part, the part you'll be remembered for.

Or Stephen King who upon being asked why he wrote such scary and disturbing books replied: "What makes you think I have a choice?"

I agree that liabilities shouldn't necessarily be counted as assets if they involve real deficits of skill. But after a certain basic level, it's increasingly difficult to separate out elements of storytelling skill from the storyteller's vision. And the attempt to do so can mean that radical innovations like Godard's jumpcuts can be unfairly decried as amateurish, when, in fact, they are revolutionary.

A much better example is to take two teams from the J.J. Abrams camp and compare their output. Lindelof and Cuse may have started on NASH BRIDGES, but they gave us LOST. Orci and Kurtzman started on XENA: WARRIOR PRINCESS but still haven't done anything of lasting value. At best, they remain decent staff writers for whatever Abrams has cooking, features or TV. On their own they concoct pilots that don't go anywhere and monstrosities where the scripts couldn't matter less like TRANSFORMERS.