Ones That Got Away, Part 4

Hey guys, it’s another round-up of movies that I’d love write about, but I can’t, because they’re not on Netflix. When are we going to get these on DVD? (Bonus: can you spot which ones would have run in Un-Super-Spies week?) 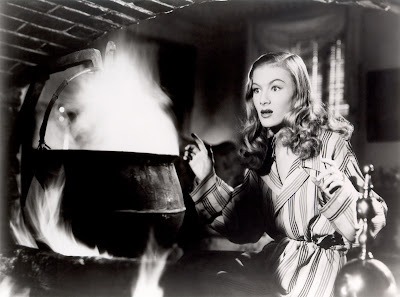 I Married a Witch (1942) showcases the comedic talents and otherworldly beauty of Veronica Lake at her best. French director Rene Clair didn’t lose his magic touch when he switched over to making Hollywood fare. 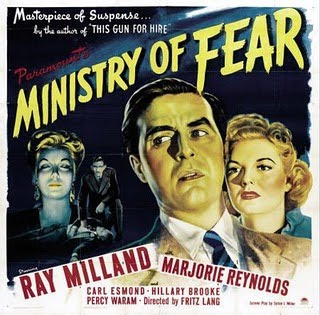 Ministry of Fear (1944) is another great Fritz Lang noir that’s fallen out of print. Ray Milland gets out of the insane asylum and immediately gets caught up in a Kafkaesque nightmare involving Nazi spies operating out of a carnival. As you may have guessd, no one believes him. 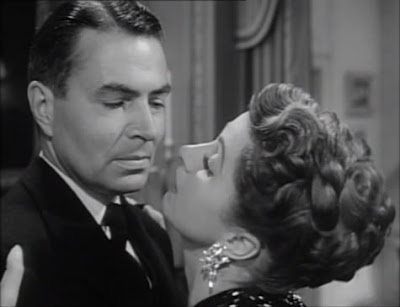 Five Fingers (1952) Joseph L. Mankiewicz won back to back Oscars for writer and director in ’49 and ’50, but this blackhearted spy thriller was not well received by fans who wanted another All About Eve. James Mason is a proper-butler-turned-nazi in Turkey. 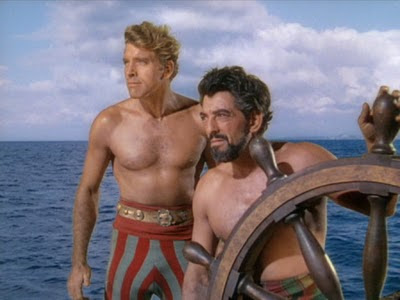 The Crimson Pirate (1952) was Burt Lancaster’s excuse to re-team with his old acrobat buddy Nick Cravat and really have a ball. Robert Siodmak made the most lighthearted and rousing swashbuckler of its era. 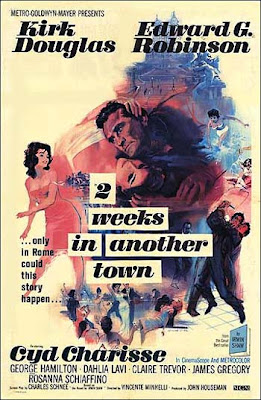 Two Weeks in Another Town (1962). Ten years after The Bad and the Beautiful Vincente Minnelli and Kirk Douglas reteamed for another Hollywood tell-all, but this time they mercilessly exposed how much tackier Hollywood had gotten in the new era of international co-productions. 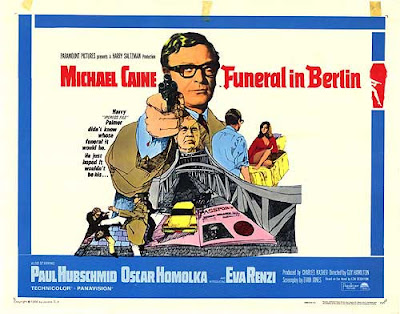 Funeral in Berlin (1966). Producer Harry Saltzman left the Bond series behind for Michael Caine’s more serious spy Harry Palmer. For this second Palmer movie, he got Goldfinger director Guy Hamilton to jump ship as well, but instead of getting frothier, they made a crisp, cool-headed, efficient little spy thriller. 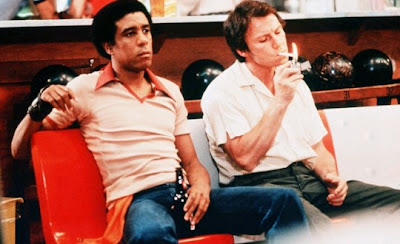 Blue Collar (1978). Paul Schrader’s directorial debut is a lost classic of the ‘70s. Harvey Keitel and Richard Pryor are disgruntled auto workers who decide to rob their own union office, only to discover that the books they’ve stolen have been cooked, and now they’re in big trouble.
Posted by Matt Bird at 3:25 PM

The Crimson Pirate was an enormous film in its day. I went with my father to see it, the week it opened (1952?) at the Granada Cinema Hove on the Sussex coast. We queued up outside for a while and were eventually let in to the standing area, so watched the whole film standing and as I remember loved it. Then some twenty odd years later in the mid 1970's the Warner Cinema in Leicester Square London suddenly ran a spanking new print of it for a week or so on one of the many screens. A group of us went and had a marvellous time, Burt never stopped flashing those teeth. I believe that the late great Art Director Stephen Grimes (The Misfits, Ryan's Daughter, Out Of Africa, The Man Who Would Be King et al) also worked on it with his wife Kate, in Malta I think?