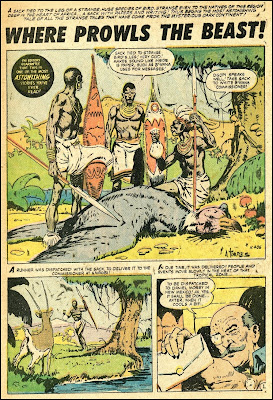 He’s been sitting over there in my blog roll all this time, but I have yet to mention in a post how much I love Mr. Door Tree and his blog “Golden Age Comic Book Stories”. It’s one of those blogs which has expanded far beyond the mandate of the original name, because it now spends most of its time showing off massive galleries of paintings by the great illustrators of the early 20th century. But he still does post comics stories now and then, and since I particularly loved yesterday’s posts, I thought I would steal highlight it.

Until I saw these stories, I was only familiar with Angelo Torres from his later Mad Magazine work, which was good but never excited me. I was blown away by this post showing several of Torres’ early sci-fi stories, done in a lush style reminiscent of the late Frank Frazetta. It turns out that these are actually from a book I’ve already highlighted in “Comics I Love Even Though I’ve Only Seen the Covers”, Astonishing. I would have assumed that the insides were just EC Comics knockoffs, but, upon reading these, I discovered that I loved the writing on these pithy little stories almost as much as the art. EC stories were all 7-8 pages and too verbose. These four pagers are much tighter and really hit the spot. Here’s my favorite, but check out the others too: 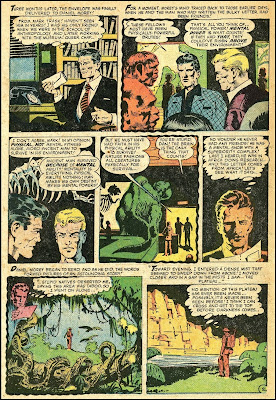 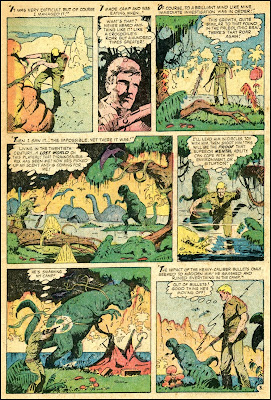 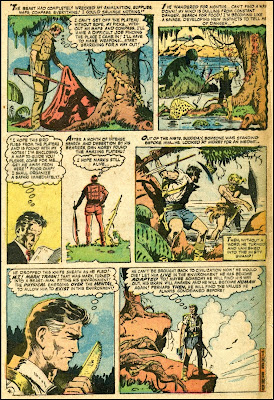