Storyteller’s Rulebook #22: Be An Armchair Journalist 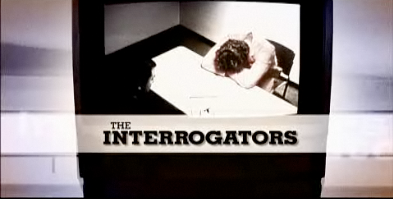 As soon as movies learned to talk, Hollywood realized that they needed to hire a lot of naturalistic dialogue writers. As the always wonderful Jane Espenson discussed on her blog recently, they realized that they had to hire jounalists. After Ben Hecht got a job, he famously cabled back to his journalist friends in Chicago: “Millions are to be grabbed out here and your only competition is idiots. Don't let this get around.” But it did, and journalists, more than playwrights or novelists, set the standard for how movie talk should sound.

Why were they so good at it? Because of their training. As journalists, they would first spend hours transcribing actual conversations, whether it be in court, or in the state house, or on the street, accurately enough to not get sued. Then they would have to boil all that talk down to just the juiciest, pithiest exchanges. Hitchcock said movies were just life with the boring bits cut out. Well, that’s even more true of journalism.

I don’t know of a single film school that demands its students take a journalism course, though they all should. It takes most writers one or two scripts to get past the problem of “these people don’t talk like real people”, and most writers never stop hearing that “they all talk like each other.” Characters need to have not only conflicting points of view, but also unique patterns of speech. Ideally, everybody will put their sentences together differently, which is incredibly hard to write. The best way to learn it is to transcribe some real conversations.

If you’ve got Digital Cable, and most people do these days, you may never have checked out channels 100-200. They tend to be oddball sister-networks to those found in the lower 100. And they burn through a ton of content, so they’re kind of a gold mine. Reality shows on the lower channels tend to be overly scripted. Don’t try to copy the dialogue from “Celebrity Rehab” because it was probably written by a schmuck screenwriter just like yourself. But up in nosebleed channels, they can’t afford to script their reality shows. They actually point a camera and let people talk.

Writing a cop drama? Well The Biography Channel has a really well-made show called “The Interrogators” which is literally just fly-on-wall footage of police interrogations. Writing about war? The Military Channel has shows where they cut together actual footage from actual battles and you can hear everything! It used to be that you had to put yourself in danger as a war correspondent to hear this sort of stuff, and you couldn’t rewind to make sure you got everything. Even on the more popular channels, there are shows that are less scripted than others. If you’re writing about young people, stay away from “Jersey Shore”, but there’s another MTV show called “True Life” which seems to show unprocessed teen talk.

So, good news: Anybody can figure out how to write dialogue as well as a journalist these days, without ever leaving your couch. All you need is the willingness to sit there feeling silly transcribing reality TV.
Posted by Matt Bird at 9:10 PM

For manufacturing climate is a very important factor.We can't sew every type of cloth in wet weathers. So it's very important for us to forecast weather report with cabled instrument to measure wind speed.