Storyteller’s Rulebook #20: They Who Buy The Canvas Call The Shots 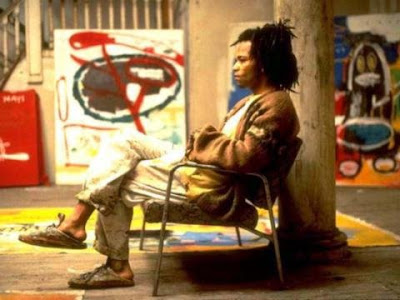 Painters get to paint whatever they want. Novelists are actually allowed to say no to their editors’ notes. Playwrights are expected to re-write during the previews, but they get to publish their own version of the play. Screenwriters? Screenwriters are the only artists who are still expected to sign away the copyright to their work. The re-writes are many and mandatory, until we get fired off our own idea and the script is handed to another writer to be re-written some more. Screenwriters have always been infuriated by this situation. It used to be that our only consolation was that we made gobs of money, but now, more and more, we’re expected to do all these drafts for free, and still with no rights in sight. It’s sort of like an apocalypse.

Why are screenwriters in such a weak position? We like to pretend that it’s because Hollywood is run by philistines with no appreciation of our art. But let’s admit it: It’s a simple matter of cost. If it cost one million dollars (or occasionally 500 million dollars) to paint each painting, or write each novel, or stage each play, then those would be done by committee too. Painters earn their freedom by buying their own canvas and paint. Every movie, on the other hand, costs a fortune, and if it’s not your fortune, then it’s someone else’s fortune. And nobody parts with a fortune easily.

You’re asking someone to spend millions of dollars to realize your art. Of course, you may be independently wealthy, allowing you to finance your own movie out of pocket. In that case, you can write whatever story you want to write. Otherwise, you’ll have to re-write your feature dozens of times to satisfy everybody who works for the unwieldy conglomerate that’s paying for it. It’s no fun, but you do have to admit that it kind of makes sense.

There’s just one problem: Can a committee make art? The knee-jerk answer is no, but anyone who has studied the history of film knows that, against all odds, it happens. But it’s getting harder to do every year, though there is hope in the future, which is what I’ll discuss next time…