Ones That Got Away, Part 3

I haven’t done a round up of Ones That Got Away recently, and I just took The Red House off the list, so lets identify seven more movies that I would write about if only I could find a copy on DVD or streaming. 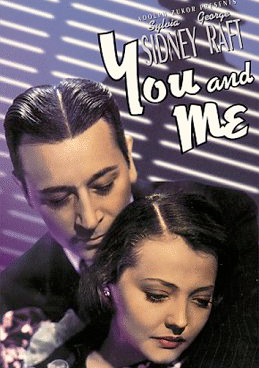 You and Me (1938) was Fritz Lang’s only musical. A department store owner believes in giving jobs to ex-cons like George Raft and Sylvia Sidney, but their co-workers are planning a heist that will ruin everything. And they sing about the heavy hand of fate. Must be seen to be believed. 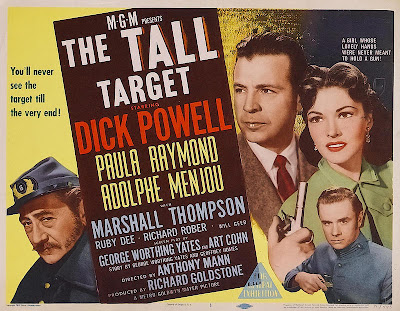 The Tall Target (1951) is probably the only Civil War Noir. Dick Powell in his hard-boiled Murder My Sweet mode is a rogue cop (named John Kennedy!?!) who believes that president-elect Lincoln will be assassinated on the way to his inauguration, so he has to interrogate a train full of suspects on the way from New York to Washington. Another great noir from Anthony Mann. 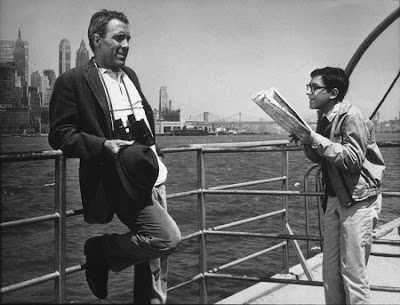 A Thousand Clowns (1965), directed by Fred Coe. This was one of the great ‘60s angry-man comedies, with Jason Robards repeating his Broadway role as a free-wheeling TV comedy writer who depends upon his 13 year old nephew to be the responsible one. Does anybody know why this has never been on video or DVD?? 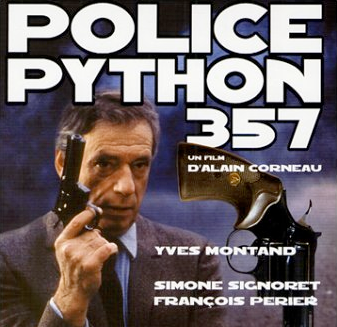 One of my favorite nights at the movies in the last few years was a double-feature at the Film Forum here in NYC of two totally forgetten French noirs from the ‘70s directed by Alain Corneau: Police Python 357 is a nightmarish gallows humor take on an out-of-control Diry Harry style cop. Serie Noire is an adaptation of a Jim Thompson novel about a door-to-door salesman who tries out a life of crime after he falls in love with a prostitute. Neither has ever come anywhere close to home video in America. 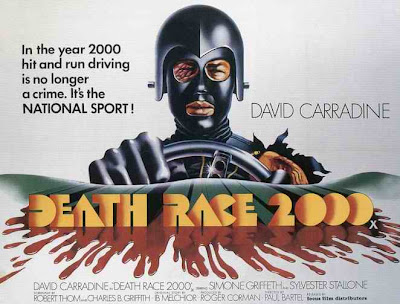 If they were to have a contest about which sci-fi movie most accurately predicted the future, the winner would surely be Death Race 2000. In what seemed to be an over-the-top satire, they speculate that, in the year 2000, America will become obsessed with a reality TV show that pits people against each other while ignoring the rise of a right-wing president who blames all terrorist attacks on France. How crazy! 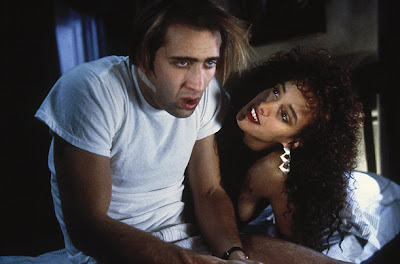 I loved Robert Bierman’s dark comedy Vampire’s Kiss back when it was a cult-hit on VHS and I’d love to see if it holds up today. I’ve always remembered Nick Cage trying to casually explain away his attempt to bite his secretary’s neck: “Mescaline. Never try that again. Geez.”

I've got a DVD of "A Thousand Clowns". Sure, I dubbed it off of Turner Classic Movies, but I've still got a DVD of it! Also, an actual VHS tape of "Death Race 2000", if you want to borrow either of them for review purposes to write about 'em on Cockeyed Caravan. - Elliott

"A man can't have too many eagles."

"Go to your room."
"This is a one-room apartment."
"Then go to your alcove

"She then proceeded to explain to me her philosophy of life, a philosophy just to the far side of Whoopee."

No Thousand Clowns? Turner, get cracking! (Sandy Dennis originally played the social worker on Broadway -- interesting to imagine her in the role instead of Barbara Harris. Also, the play has a happy ending -- a rare case where the movie changed it to a downer.)