Underrated TV on DVD #6: That Mitchell and Webb Look

Time for another TV week!: 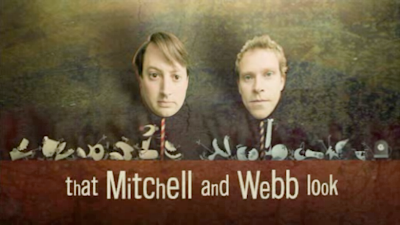 
Recommended If You’re a Fan Of: “Monty Python”, “Kids in the Hall”
The Concept: The stars of the britcom “Peep Show” let their minds wander thorough a series of bizarre filmed sketches.
How it Came to be Underrated: This deserves to have a huge cult in America, but outside of YouTube, it remains unknown over here, which is baffling. BBC America did run the first two seasons, but only once. They’ve just started running the third season, Wednesday nights at 9:30, so catch it now while you have the chance… 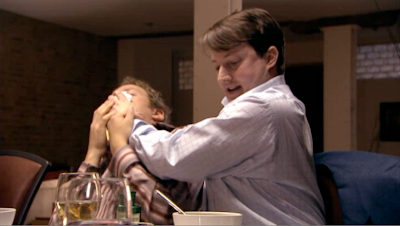 
Why It’s Great:
How Available Is It?: This is one of the few things that’s available on Watch Instantly even though it’s not on Region One DVD. Season Two is not available in America at all, other than as individual skits on YouTube. Season Three is airing now.
But Don’t Take My Word For It: Obviously, you can just watch the sketches individually, but it also gains momentum beautifully when watched as a whole. If you don’t have Netflix, here’s the whole episode on YouTube, broken into thirds. Click through to see the other two…

Many thanks for giving 'Look' a plug! My friend and I in the UK have been avid M&W fans for some years and were lucky enough to attend the three recordings for series four, which was brilliantly funny and also slightly 'edgier' than previous series.

We also run a Mitchell and Webb forum, and if you don't mind we'd like to mention it here, as we've linked to your blog ;) Feel free to delete my post if you'd rather not! Thanks again :D

Thanks for the link, Custard Socks! You make me wild with jealousy, having already seen series 4!