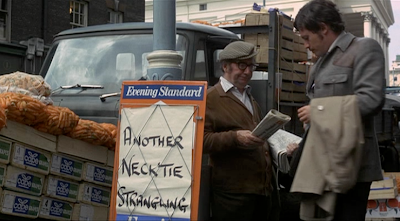 
The Story: An antisocial bartender finds that a series of coincidences have conspired to make it look like he’s the “necktie strangler” stalking London. Soon the real killer, a friendly greengrocer, realizes that our hero is the perfect patsy and starts making his life even more hellish.

How it Came to be Underrated: Most of Hitchcock’s later output was dreadful. After you’ve sampled a few, the tendency is to just give up. What a delightful surprise it was when I finally gave this one a shot.

If You Like This, You Should Also Check Out: Anthony Shaffer had a good run in the early 70s, also writing Sleuth and The Wicker Man.

How Available Is It?: It’s on DVD and available to watch instantly.

Today’s Post Was Brought To You By: Mr. X! 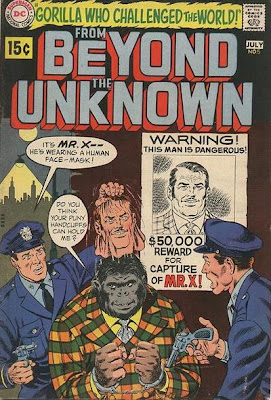 Saw this on its initial release, then again on DVD more recently. Now it has the added attraction of being a record of Covent Garden in London in almost archaeological detail just before the fruit and vegetable markets were shifted away to Nine Elms. I had a studio in the area and remember the making of the film very well. The murders are shocking, and I remember a sort of queasy laughter in the cinema which petered out after the first killing, the tone of the film having been one of high comedy, Vivien Merchant's cooking for example.

Nice to hear from you, Ian-- the return of an early commenter! I can only imagine how shocking it was to see this when it first came out! Hitchcock was suddenly breaking a lot of long-held contracts he had with his audience.

I love this movie: chock-full of great actors. Barry Foster steals the show for me as Rusk.

I also love it for the time & place. London in the early '70s: the era of Led Zep, Deep Purple and other great bands.