Series: Dragnet: The Black-and-White Years
Recommended to Fans Of: "Homicide"and "The Wire"
Years: First it was a radio show, then it moved to TV for 276 half-hour black-and-white episodes from 1951-1959. Many years later, in 1967, it returned for four final seasons in color.
Creator: Jack Webb
Stars: Jack Webb, Frank Smith


The Concept: Gritty police procedural, shot on film in a starkly-lit film noir style. Sgt. Joe Friday and various partners solve crimes for the LAPD, with the details based on actual cases.
How it Came to be Underrated: My generation thinks it knows all about “Dragnet”, thanks to the zany 1988 Dan Ackroyd / Tom Hanks movie version, and the satirical portrayal of the show in L.A. Confidential. These created a totally false impression. Even the ‘60s version, which we got to see through "Nick at Night" reruns, was both campier and stodgier than the original show. By that point, Webb’s Eisenhower-Republican politics had fallen out of favor, and so he allowed the show to become a generation-clash broadside, featuring a lot of “bust the hippies” episodes. People who only know that version owe it to themselves to check out the original, which, in addition to being more morally complex, is amazingly gritty. 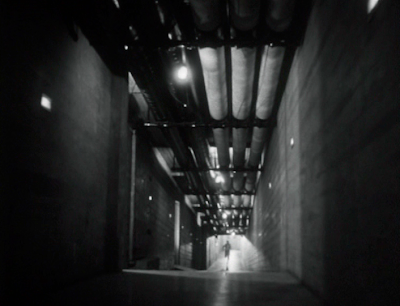 Sample Episode: 2.19, The Big Break
Writer: James E. Moser
The Story: Detective Friday and his partner catch a hold-up man in a tense raid. Months later, they hear that he’s escaped from jail, so they stake out his home all day, only to hear that he was caught across town hours ago. A year later, they hear that he’s been parolled into the army. He even stops by and borrows ten bucks from each of them for a night on the town! Then they realize that he’s actually on the lam again, having been put in army prison and broken out. They find him again and finally put him away for good.
Why It’s Great:
How Available Is It?: Netflix has a 5-disc “best of” for the original series, featuring 25 episodes.
But Don’t Take My Word For It: Embedding is once again disabled, and they made me watch a Yoplait ad first, but the whole episode can eventually be watched for free on YouTube here. 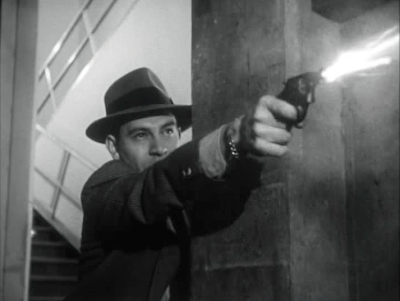