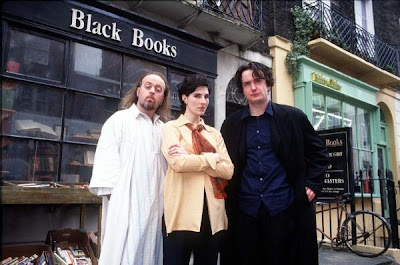 
The Concept: A misanthropic intellectual runs a tiny book shop in London, where he makes life hell for his sole employee and guzzles wine with the lady from the neighboring store.
Recommended If You’re a Fan Of: “The Office” or “Fawlty Towers”
How it Came to be Underrated: “The Office” and “Spaced” got more attention here in America, but this is the flat-out funniest of the new breed of brit-coms.
Sample Episode: 3.2, “Elephants and Hens”
Writers: Dylan Moran, Kevin Cecil, and Andy Riley
The Story: Greig spends the weekend bonding with old friends, so Moran and Bailey use the time to collaborate on writing a childrens’ picture book. As usual, both endeavors end in total disaster. 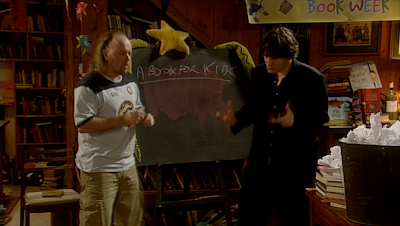 Why It’s Great:
How Available Is It?: Each season fits on one disk, and you can rent them all through Netflix.
But Don’t Take My Word For It: Embedding is disabled but you can watch the whole episode on YouTube here. 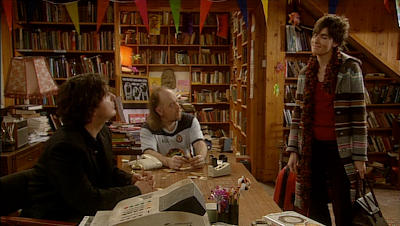 I think I saw somewhere that they are doing another season of this? But perhaps I just dreamed it.

But... but.. the laugh track. It's so incessant. And annoying. My friends and I watched the first episode and couldn't get any further because it was just so LAUGHY.

Did you not mind this, or does it get better deeper in?

Laugh track or no, I'm with you on this being effing hilarious. Also, did you ever see the Australian show the Librarians? That'd also be on my list