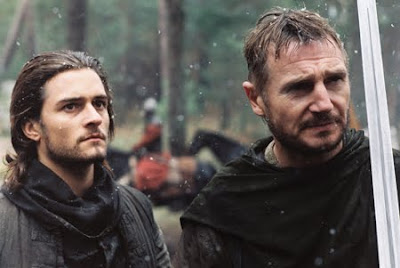 It’s the bane of any writer’s existence. The perpetual complaint: The main character isn’t lovable enough. This used to shock me. Why can’t audiences just meet the character halfway? Why do they need to be seduced every time? They've paid their money. They’re sitting in a darkened theater with nothing else to do for the next two hours. Why can’t they just choose to like the main character?

But that doesn’t happen. You do have to win an audience over, every time. Why? Because audiences, even though their ticket was non-refundable, are naturally inclined to keep their distance from your main character. They’ve learned that going to a movie is like going on a blind date. It doesn’t matter how much they’ve spent or how high their hopes are or how badly they want to have a good time, they still have to be cautious. They still have to be ready to check out if it’s not going well.

The problem is that audiences, like daters, have been hurt before. When you ask them to care about a character, you’re asking them to make themselves emotionally vulnerable. They’ve fallen in love with fictional characters before, and that was a wonderful feeling, but they’ve also been let down a lot. They know that it’s not worth it to force themselves to care about a character who isn’t worth caring about. And they really don’t want to discover that they care more about what happens to your character more than he cares about himself.

This is why a movie hero almost always needs to be active. A problem solver. No matter how smart or dumb or good or evil they are, they need to pursue a goal-- even if it’s an inane goal or a terrible goal. The audience isn’t going to choose to care until they're certain that the character cares about getting something done.

Please don’t ever watch the Orlando-Bloom-in-the-crusades epic Kingdom of Heaven. But if you do, take note of what happens when creators try to break this rule. See what happens when they say, “Let’s just point the camera at a character who’s passive and dull and doesn’t make any clever decisions until well after the two-hour mark. Let’s just tell the audience that this dud is the hero, and they’ll have to go along, right?” Nope. Audiences will sit there hating hating a movie for four damn hours rather than force themselves to care about Orlando Bloom. They know better.
Posted by Matt Bird at 10:43 PM