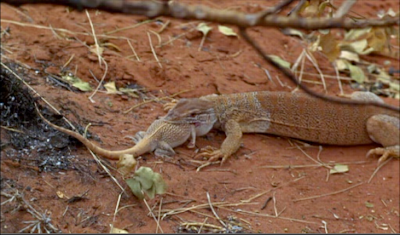 The Story: A British businessman commits suicide in the Austrailian outback, leaving his young son and daughter to fend for themselves. After surviving on their own for several days, they finally receive assistance from a young aborigine who is surviving his own “walkabout” manhood ritual, but civilization seems father away than ever… 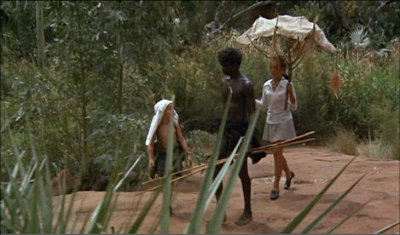 How it Came to be Underrated: It’s a bit of a stretch to call this “underrated”, since it’s a fairly widely-acknowledged masterpiece amongst film buffs, but I’m always suprised by how many people haven’t heard of it.

Underrated Compared To: Roeg’s nutty Bowie epic The Man Who Fell to Earth.

If You Like This, You Should Also Check Out: Roeg’s Don’t Look Now is also excellent. 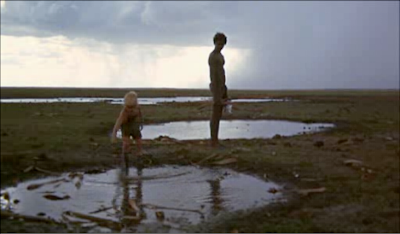 How Available Is It?: It’s available to watch instantly, but I recommend the Criterion Collection dvd with a fascinating commentary alternating between Roeg and Agutter. Both are smart, reflective, and proud of their achievement, but they don’t exactly see eye to eye on everything. He talks about how liberating it was for her to spend so many months in the desert and she talks about how foolish it was of her to drop out of school to make the movie, even if it did make her a star! (Be aware that the film was shot in the rare 1.66:1 aspect ratio, which is taller than widescreen but shorter than fullscreen, so if it fills the screen of your HD TV, you’re watching it in the wrong ratio.)

Today’s Post Was Brought To You By: Teeny Quiz! 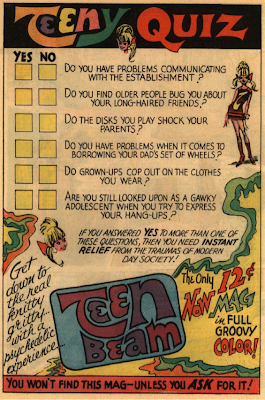 Another excellent pick! This is my new favorite film site.

A great selection and the points you make are excellent. I've admired "Walkabout" since its release and am surprised that it's relatively obscure today. The Criterion Collection is releasing it on Blu-Ray next month. One correction, the title of Roeg/Bowie pic is actually titled "The Man Who Fell to Earth" (the other title is a Bowie album)

Ha! That's funny! I'll fix it. You can see how I got the titles mixed up.

This is one of teh first flicks I remember my dad taking me to. It totally warped my young mind. I guess he thought it was a Disney flick. Well, I guess itw as bette rthan the OTB he used to take me to every Saturday.