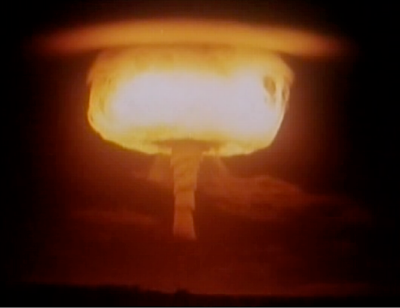 Title: The Atomic Cafe
Year: 1982
Writers and Directors: Kevin Rafferty, Jayne Loader, and Pierce Rafferty
Stars: None
The Story: A surreal montage constructed entirely out of “found footage” of newsreels and propaganda films, showing how Americans were lulled into accepting the risk of nuclear annihilation in the ‘40s and ‘50s.

How it Came to be Underrated: This film did achieve cult status in art houses and campus theaters, but there was really not yet any distribution structure in place for documentaries, so it could only reach as far as word-of-mouth could push it. 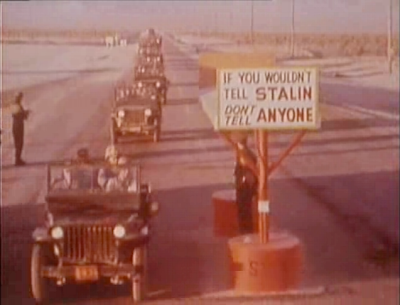 Underrated Compared To: The bland histories of the cold war you get on TV.

If You Like This, You Should Also Check Out: Some of the same filmmakers made a follow-up film called Heavy Petting, which is also fun. Other great “found footage” films include Chris Marker’s A Grin Without a Cat and Mark Rappaport’s From the Journals of Jean Seberg.

How Available Is It?: It’s on dvd and available to watch instantly on Netflix.

Today’s Post Was Brought To You By: Popeye and Swee'pea! 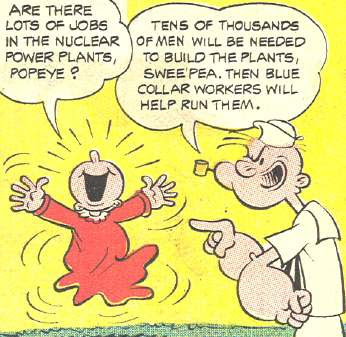 Fans of this film should seek out a documentary entitled 'Trinity & Beyond' by Peter Kuran. After they were declassified he wrote the US Gov't and gained access to the ORIGINAL 16mm & 35mm negatives of the US Atomic Bomb tests of the 40s & 50s. The result is chilling, replacing the scratchy fuzzy images we all know from school films and stock footage with sharp vivid color & black & white images which could've shot yesterday.