The Story: In a nightmarish version of the Old West, two tough bounty hunters gradually converge on the same target. They agree to work together, but keep a wary eye on each other as well.

How it Came to be Underrated: The first and last movies in Leone’s “Man With No Name” trilogy, A Fistful of Dollars and The Good, the Bad and the Ugly, are both household names, even to people who have never seen a western. This middle film is far less famous, but it’s even better than Fistful and almost as great as GBU.

If You Like This, You Should Also Check Out: Leone’s A Fistful of Dynamite, a.k.a. Duck, You Sucker is also underrated. He followed up this trilogy with the great stand-alone epic Once Upon a Time in the West.

How Available Is It?: It’s on dvd in bare bones and deluxe editions.

Today’s Post Was Brought To You By: For All The Marbles! 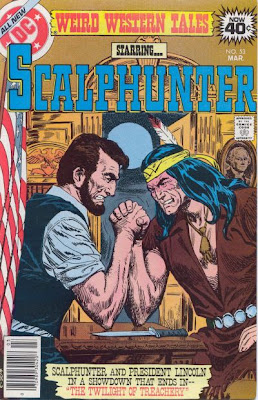 Out of curiosity- what was the class' reaction to your choice of scene?

Lee Van Cleef stole this film. His performance is flawless. What a face, what body language, voice. Perfection!