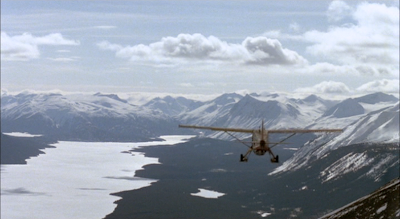 The Story: A fictionalized version of the real adventures of naturalist Farley Mowat, who traveled alone to the arctic wilderness in order to determine if wolf packs were really killing off Canada’s caribou herds, or if something more sinister was going on. 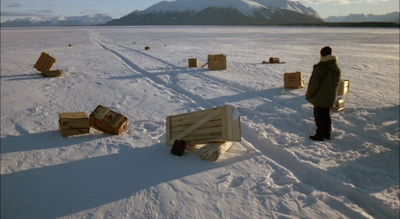 How it Came to be Underrated: As the public’s taste for kids’ movies got more saccharine, Ballard lost his audience and his early hits faded from memory.

If You Like This, You Should Also Check Out: You have to go back to the silent era of The Gold Rush and Nanook of the North to find earlier movies this satisfying about life above the arctic circle. Koyaanisqatsi was another beautiful and thought-provoking early ‘80s film about ecological imbalance.

How Available Is It?: It’s on dvd and it shows up regularly on Turner Classic Movies, where I re-discovered it.

Today’s Post Was Brought To You By: Protect Your Children (with DDT-soaked wallpaper)! 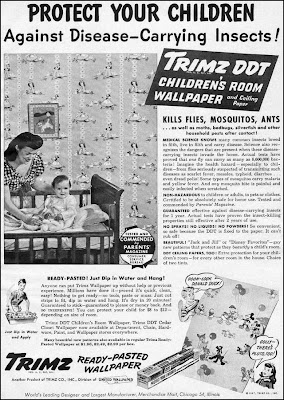 I don't have any fascinating insights to offer about this film, but I =do= want to let you know that this blog has become a daily "go-to" site for me, and I've been spreading news of it to others. Some of the films you choose are familiar to me; others are not. Either way, I'm enjoying this glimpse of them through your eyes.

I LOVED this movie as a kid and would love to see it again. A few things I remember: the very short cast list (maybe 5 people?) and the shots of the tiny airplane in amongst the huge mountains. And, of course, the pee scene and the mouse eating scene. And the falling through the ice scene. And the listening to Russian radio drinking beer scene. Yeah, I loved this movie.
And now I live in Canada and study ecology. Go figure.

Thanks for reading, Judy, and for spreading the news.

Amy, have you just found the lost fountainhead of your adult life?

Glad you included this one. I saw it for the first time a couple of years ago at the Couchville Film Festival in TN and fell in love with it. Loved Mark Isham's score, Charles Martin Smith's understated performance, and the low-key humor. Like you say, I'm sure this wouldn't have been filmed in the same manner today; I'm sure they would have taken the easy way out with CGI. Also, I had no idea that Ballard was the son of Lucien Ballard!

A terrific movie. The majestic scenery, the animals, the quiet scenes with the Inuit, all first-rate.