The Expanded Ultimate Story Checklist: Is there an epilogue/aftermath/denouement in which the challenge is finally resolved (or succumbed to), and we see how much the hero has changed? 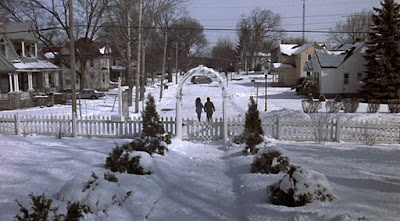 Real life is mostly epilogue. The ramifications of our crises linger for years, and we’re never sure if it turned out right. In fiction, we want tidier concluding moments, although not too tidy.
Rulebook Casefile: Reversible Behavior

An interesting thing I noticed when re-watching Ghostbusters was how muted and subtle the character arc was.  Our hero, Bill Murray, never has a midpoint disaster or a spiritual crisis. He never seems to doubt himself or get humbled.  He seems like the same cocky rogue all the way through…or is he?

He does in fact change quite a bit, and it’s set up very nicely through reversible behavior.  In the very first scene, Murray’s paranormal researcher is sabotaging his own ESP experiment just so that he can hit on the test subject.  He doesn’t truly believe in or care about the supernatural, he’s just using it to get dates.

This scene is neatly reversed two thirds of the way in, when the new object of Murray’s affections, who has so far resisted his advances, throws herself at him.  He’s very tempted, but instead he forces himself to admit that she’s possessed, and he now values solving her problem more than scoring with her.  It’s not played like a big moment, nor should it be.  By subtly contrasting this scene with the first, the movie allows us to notice the difference for ourselves, whether consciously or subconsciously.
Posted by Matt Bird at 9:39 AM