The Expanded Ultimate Story Checklist: Does the hero commit to pursuing the opportunity by the end of the first quarter? 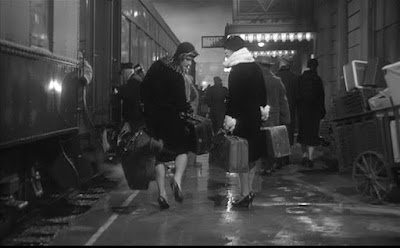 It’s easy to overemphasize the commitment scene. It’s okay for heroes to be knee-deep before they realize they’re committed. Bruce Willis spends the entire first half of Die Hard just trying to call the cops, not realizing that as soon as he stole those detonators, he had pretty much committed himself to taking down the bad guys alone.
Sometimes it’s possible to skip over the actual commitment scene, jump-cutting right from hesitation to a conflict that arises after committing. In Some Like It Hot, the guys are still having a heated debate about whether they should dress up as women when we suddenly cut to the two of them wobbling down the train platform in heels.