The Expanded Ultimate Story Checklist: When the story begins, is the hero becoming increasingly irritated about her longstanding social problem (while still in denial about an internal flaw)?

Okay folks, I’ve hesitated from jumping into structure because I thought about launching into a completely different series, but I think I’ll put that one off for another couple of weeks and go ahead and do structure (except on podcast days of course.)
You’ll be happy to know that I’ve also fixed the download links for the Ultimate Story Checklist and Pilot Checklist.  Google Drive decided to convert the files to Google Docs and mangle them, so I’m now sharing them though Dropbox (which you don’t need to download them) 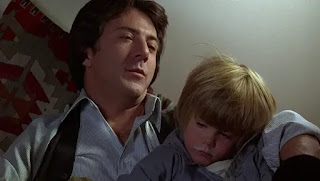 In real life, we tend to let a mess of troubles mount before we finally choose to act. In fact, we only take on the massive work of solving a large problem once we have been discontent for some time. So rather than start with a happy status quo that gets ruined by the inciting incident, most stories begin the opposite way: The hero starts out with a long-standing social problem, and the inciting incident (even if it’s something horrible) presents itself as an opportunity to solve that problem, as we’ll see in the next two steps.
The long-standing social problem is usually either something the hero is already aware of when the story begins or something that suddenly becomes acute because of a social humiliation in the first scene. Because this is something the hero acknowledges early on, it must be stated in the way the hero would state it. This is because most of us define our problems externally, not internally, until we’re forced to become self-critical. In the outline version of your story, the problem should usually be phrased nonjudgmentally, as the hero would phrase it herself: The hero is “broke” or “disrespected,” or “overworked,” etc. These are the sorts of personal problems that people will admit to even if they haven’t engaged in serious self-reflection.
The great flaw, on the other hand, is something internal that most heroes remain stubbornly unaware of for most of the story, and it should always be phrased negatively: The hero is “sanctimonious” or “disloyal,” etc. In other words, it should be a true flaw.

When someone asks us about our flaws, we prefer to say, “I’m too nice” or “too much of a perfectionist,” etc., because those aren’t true flaws and we don’t really want to change. A hero must have a true flaw that requires change.

When I was evaluating the classic screwball comedy Easy Living, I was tempted to say that the heroine’s flaw was that she was “too nice,” but I realized I had to look deeper to identify an actual flaw. Sure enough, I found one: She may think of herself as “too nice,” but her real flaw is that she’s too naïve and deferential. When you put it that way, it’s obvious that it’s bad. Everybody wants to be nice, but nobody wants to be naïve and deferential.

The flaw must be something that needs to change for the hero to become a better person. Otherwise, you’ll go too easy on your characters.

Straying from the Party Line: Mixed-Up Crises in How to Train Your Dragon

Deviations: The crises are all mixed up:
Potential Problem: This brings up two big questions:

Does the Movie Get Away With It? Yes, it does.  The drama comes from the fact that, even though Hiccup knows the spiritual truth, his newly moral stance is in such total opposition to the beliefs of his entire society, that he still has a massive job to do, bringing others around.  He still seems like a fallible, self-deluded person to the extent that he believes he can have it both ways (befriending a dragon in private and besting them in public) until it all comes crashing down.  This is a movie about a hero who has the right morals, but is very uncertain about the most effective ethical way to spread that morality. 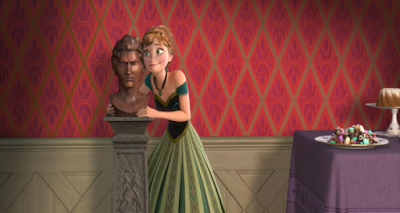 Straying from the Party Line: Anna’s Two Longstanding Problems in Frozen
Usually, it goes like this:
In Frozen, the story really begins when Anna sets off into the wilderness to rescue Elsa, but that seems to violate this pattern. She’s spent most of the movie before that searching for romantic love. She sings her “I Want” song, “For the First Time in Forever”, about her desire to find love, then flirts with Hans before and after the coronation, launching into the song “Love is an Open Door”.

But then she has her blow-up with Elsa and immediately drops everything to follow Elsa into the mountains, seemingly forgetting all about Hans. He even offers to come with, but she says no thanks. It seems that she’s abandoning her big opportunity, rather than pursuing it.

But is she actually ditching her longstanding social problem? Well, she’s ditching one of them, but if we look back, she’s had another this whole time, because she actually has two “I Want” song back to back in the opening minutes of the movie. Before “For the First Time in Forever”, she sang “Do You Want to Build a Snowman?”, in which she wanted her sister’s love.

So she has two contrasting “I Want” songs, and when events force her to choose between those wants she chooses familial love (find her sister) over the search for romantic love (enjoy her new relationship with Hans). This, of course, foreshadows the end of the movie, in which she’ll make a similar choice (this time choosing saving Elsa over kissing Kristoff to end her curse), seemingly at the cost of her life, and saving everyone as a result.

(Okay, I’ve seen this movie 20 times with my daughter, but I swear I just figured out that “Love is an Open Door” is a direct rebuke to Elsa’s closed door, so now the split is not just between familial and romantic love, it’s between hard closed-door love and easy open-door love.  The conclusion is that both are scary, but you should be especially wary of easy open-door love.)
Posted by Matt Bird at 5:35 PM