The Expanded Ultimate Story Checklist: Is the conflict compelling and ironic both before and after the surprise? 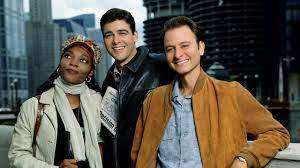 So the surprise (which astonishes your audience after they’ve shown up) has to be different from the concept (which got them to show up in the first place). Now let’s turn that on its head: The surprise can’t eliminate the concept. The concept has to last for the entire story, not just until the surprise happens.
I sometimes come up with what I think is a great concept for a thriller, but then I realize my idea only provides a unique way of starting the story, and then all of the uniqueness disappears once the plot gets going.

For instance, an older friend in college told me a wild story from his past. It sounded made up, but I later confirmed it was true: At his previous college, he had been arrested for creating a world-famous computer virus. Like most hackers, he could type faster than any stenographer, so a judge sentenced him to community service working for the government’s little-known “Relay” service.

This was a program that allowed deaf people to use a primitive version of “Chat” to communicate online with a relay center. People at the relay center then had to call whomever the deaf person wanted to call and read everything he wrote, then transcribe everything that was said on the other end of the line back to the deaf person. This enabled deaf people to use the phone like anybody else. There were two especially weird things about this service:
My mind instantly reeled: What a great beginning for a thriller! A deaf woman keeps getting threatening calls, and our hero has to relay those threats. She calls the police for help, using the hero’s voice, but they don’t believe her. She calls her friends, but they hang up. Won’t somebody help her? At what point does our relay guy decide that it’s up to him?

A great setup, right? Well, here’s the problem: As soon as he leaves the relay center to help her, the whole concept disappears. He just becomes one more noir hero protecting a damsel in distress from some crooks. The bizarre relay system no longer has anything to do with the story.

Here are two TV shows from back in the day that have concepts that only start off strong: Early Edition is about a guy who gets the next day’s paper a day early and then spends every day saving someone who would meet misfortune without his intervention. Tru Calling is about a morgue worker who can talk to the dead and find out who killed them, allowing her to avenge them. The problem is, both heroes can discover the danger using their superpowers, but they can’t solve the problem using these powers. After the first commercial break, the concept is gone, and they became routine crime-solver shows.

But no matter how strong your concept, it’s just your starting point; great concepts don’t make for great stories, great characters do.
Posted by Matt Bird at 10:30 AM

Good afternoon! After many failed starts with therapy, I wish I had found Sendi sooner on disadvantages of cbt! I had multiple unsatisfying therapy sessions during my childhood which made me skeptical to the world of counselling. However, I am glad I gave it another shot because I got to meet Sendi who has been helping me articulate the origins of deeply embedded patterns of negative and self defeating thinking. She has helped me develop practical strategies to tackle my root problems.