The Expanded Ultimate Story Checklist: Does the story follow the progress of the hero’s problem, not the hero’s daily life? 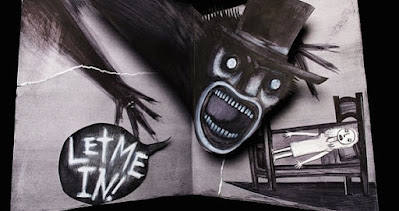 And so we’re back!  Sorry I took a break with these for a while.  I realized I wasn’t including enough old pieces, so I had to spend some time identifying old posts to add to these.  You’ll see the results below, with two old pieces added to this excerpt from the book:
What is the worst possible way for any story to begin? “BRINGGGGG! Angie’s eyes open and she looks over at her alarm clock. …” Don’t do this. Your story is not about your hero’s life. Your story is not about your hero’s day. Your story is about your hero’s problem. Do not follow your hero around like a puppy, waiting for something to begin. Begin the moment the problem begins—no sooner and no later.

If you’re writing a lot of scenes in which the hero wakes up in the morning or goes to bed at night, you’re doing it wrong, because those scenes have nothing to do with the hero’s problem. In the overstuffed fantasy novel Eragon, there are no fewer than nineteen scenes of the hero waking up in the morning!

Likewise, the way to get from scene to scene is not to ask, “What does the hero do next?” but rather, “What is the next step in the progression of this problem?” That next step might happen immediately after this scene, or the next day, or years later. Your audience will happily make that leap forward with you, because they are invested in this one problem, not the progress of your hero’s daily life.

Rulebook Casefile: I loved how quickly Dallas Buyer’s Club movie moved. As soon as you begin to suspect what might happen next, we suddenly leap ahead a few weeks and land knee-deep into the middle of that plot turn. We never see McConaughey make the decision to do the next thing: “Wait just a second, I just had a big idea, what if we…” We just see that he has made a big decision, and he’s already facing the next big complication. We’re constantly playing catch-up…which is exactly what we want.
Rulebook Casefile: The Progress of the Problem in the Opening of The Babadook

The Babadook exemplifies three rules:
By the time the story begins, Sam’s behavior has already gotten pretty bad, and things are quickly getting worse. The first ten minutes feature breathtaking storytelling in every sense of the word: We begin with ten 30-second scenes of Sam’s escalating violence and monster-obsession, then at the 5-minute mark he’s kicked out of school. After ten more 30-second scenes, he pulls the “Mr. Babadook” book off the shelf exactly at 10-minute mark, and the real terror begins.

How on earth does writer/director Jennifer Kent get such a richly-characterized movie to move so fast? How can you say anything with a 30-second scene, and how can you keep up that pace for 20 quick scenes in a row?

The lack of apologies has a lot to do with it. Presumably, after each of Sam’s problematic incidents he apologizes abjectly to his mom or she to others, but the movie has no time for that. It’s tricky, because those scenes are tempting to write: after all, that’s big drama …but it’s empty drama. The audience doesn’t want to watch characters talk about something that’s already happened, they vastly prefer to watch characters discuss things that might happen, or that are happening. What’s done is done.

Here’s what Kent has to say:
Getting out of scenes also creates a nice effect near the end, cleverly manipulating our genre expectations. The scene:

Once we know that Amelia is over the bend, their kindly old neighbor knocks on the door to make sure they’re okay. We see wild-eyed Amelia trying to send her away. We then cut to Sam discovering their dead dog on the kitchen floor, only to have him turn around to find his murderous mother standing over him, explaining that the neighbor won’t be bothering them anymore.

So did Amelia kill her neighbor? Well, no, but we don’t find that out until the epilogue when the neighbor is babysitting Sam again. Not only is this a great example of the power of cutting away to keep tension high, it helps with the problem we discussed last time: In the end, Amelia kills no humans. This violates our genre expectations, but it’s necessary in order to have a semi-happy ending, so one solution is to cut away from that scene early, implying just for a while that maybe she has killed someone, which makes the rest of her rampage that much scarier.

It’s a brilliant cut: If we figure out that she’s not going to kill anyone, then the movie loses tension, but if we know for certain that she has killed someone, then we lose all hope of a happy ending, which also decreases tension (our tense hopes that this might still turn out okay). By cutting away, both sources of tension are kept alive.
Posted by Matt Bird at 10:56 PM

Really?
At first glance,that sounds like a good rule of thumb... But just about all detective and police procedurals are nothing but people talking about what has happened -- and those have been popular for decades.

I would say that this is one reason why the detective genre is especially hard to write well.

I knew almost as soon as I typed that, that I shouldn't have specified that genre... It is the most extreme example, but hardly the only one.
AFAIK, most dialog in most fiction is discussing what has already happened.
People in life, and characters in fiction, both love to rehash everything.
Moreso, it is also the most used and most efficient method for exposition -- and since justabout all stories have plenty of backstory, that past has to come out some way and most often it's through dialog.
Yes, plenty of talk should move the story forward, and if characters talk it should ALSO be about what they are going to do (or the conflict they have a hard time deciding what to do about) but that isn't the case in most fiction today -- and I don't think it should become the case in the future that most dialog is only about what might happen, as you seem to be recommending.

Any plans to watch the netflix "Kate" anytime soon? I only watched it once so far and didn't take notes, but gut feeling is that it follows the Harmon story circle really strongly