The Expanded Ultimate Story Checklist: Is there one character whom the audience will choose to be their hero? 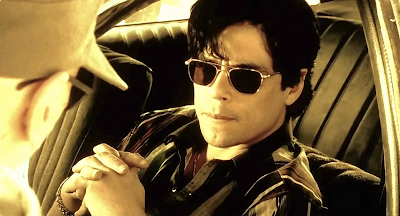 As I said earlier, audiences will always choose one character to represent their point of view and their interests. This is their hero. Even in an ensemble story, or a story about various walks of life, the audience will choose one character to primarily identify with. They have to—that’s how we’re hardwired to process stories.
You may wish to equally privilege various characters, but the audience will usually choose only one to fully identify with. In Traffic, only Benicio Del Toro’s story is really compelling, because he has the biggest challenge. The other stories are there to make various points, but once we’ve identified with Del Toro, it becomes more and more annoying to cut away from him. We know who our hero is.

So you have to acknowledge that your audience will begin your story by desperately searching for a strong character to identify with, and that they will expect the story to follow the arc of that hero’s problem from beginning to end.

It’s important to remember that your audience must identify with your hero, but they need not sympathize with the hero’s larger goal. “Antihero” stories are extremely hard to write well, but they can become beloved when done right. As we watch Breaking Bad, we fully identify with the tragic hero Walter White, and we even get pulled into rooting for his little schemes in most episodes, but we always hope that his business will ultimately fail and that he will learn the error of his ways, before it’s too late. This powerful irony fuels the show.

But wait, now let’s look at an example that breaks this rule and gets away with it: “A Game of Thrones” 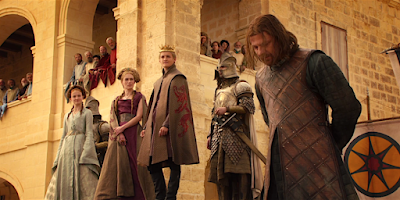 One of the primarily rules in my book (In fact, I elevate it to the status of “Law”,) is that, even if you’re writing an ensemble story, you have to accept that readers will always choose one character to be their hero, and invest their hopes and dreams in that one character. And I still believe that, despite the striking counterexample of this book, which has eight roughly-equal points of view characters, many of whom have a claim to being “the” hero of the book.

Does it get away with it? Yes, it does. How? Well, I make it clear in my book that any rule can be broken, but you have to know you’re breaking it and accept that you’re going to frustrate your audience. My rules are just warnings about expectations your audience will have, some conscious, some unconscious. As a writer, you need to be aware that your audience will seek to identify the one hero of your story, and they’ll be frustrated with you if they can’t do that.

“A Game of Thrones” is the ultimate example of the oft-misunderstood phrase, “The exception proves the rule.” We are acutely aware of this rule as we read because he’s breaking it. Martin knows that we want one hero, and toys with that expectation for a long time before he finally denies it utterly.

Our identification is indeed split. Martin creates empathy for seven of his eight POV characters, (All except Sansa. Even when we’re in her head, we’re just looking down on her) and each of those is the hero of his or her own story, and potentially the hero of the whole series, but for most of this book, we do settle our hopes on one hero: Ned. He is the one trying to solve the book’s biggest mystery, and he is the glue that holds the other heroes together.

In addition to his own chapters, four of the other POV characters are his children, and one is his wife. That just leaves Tyrion and Daenerys, who complicate things. Tyrion is brother to Ned’s nemeses, and we have complicated emotions toward him. We know he’s not our hero, but we can’t help but like him, and we’re even tempted to trust him. When he goes to fight alongside his brother, we feel betrayed that this likable character is siding with evil. Even then, we root for him not to get killed, and at the end when he’s sent to King’s Landing to be the Hand of the King, we’re hoping he will mitigate Joffrey’s evil.

Daenerys is the most audacious break with audience expectations, in that her heroic storyline is almost totally separate from the others. She is the best argument that this is a book with more than one hero. But it’s essential that, at key points, Ned acts the save the lives of both Tyrion and Daenerys. Unlike the next two books, in which Daenerys’s storyline will be totally divorced from the rest of the book, a key turning point in this book is when Ned throws away his job in an attempt to save the life of this would-be queen halfway around the world. Likewise, Ned sends word to his wife at one point to release Tyrion when she has him prisoner in a deadly situation.

So we readers, as I say in my book, are indeed desperately searching around for one hero to invest our hopes in, and we find one, despite the fact that we have so many options to choose from.

Then he gets his head chopped off.

But the whole power of this moment is that it’s so shocking, and it’s so shocking because we’re sure he’s our one hero. That is the whole trick of this book. Martin knows that he’s breaking the law. He’s intentionally creating cognitive dissonance. He’s being puckish. He’s being audacious. He’s blowing our minds.

Of course, after this happens, we’re lost. We’ve never had a book chop off the head of the hero and just keep going before. So once again, we desperately search around for a hero, and don’t know where to turn. (Ironically, I think that most readers will land on Robb, even though he’s not one of the eight POV characters, and won’t be in any subsequent books either.)

Martin is toying with our genre expectations. He seems to think that fantasy readers have too simplistic a sense of moral complexity, and he’s using that to trap us. He knows that we’ll look for the one right hero, and settle on Ned, rather than, say, Jon or Daenerys, then he’ll force us to rewrite our sense of right and wrong and look for heroes in places we may not have looked for them before. That’s his whole point.

If you break a law, you will frustrate your reader. If that’s your whole goal, then go right ahead!

Okay, let’s see how the movies I’ve looked at have done with this rule:
Posted by Matt Bird at 10:33 AM

I think Ned's death is severely misunderstood and caused a trend of writers trying to copy the shocking moment, without understanding what makes his death work. In the books "A Song of Ice and Fire", the "shocking" moments (the wedding in a later book, for example) are usually blatantly obvious and consequences of character's mistakes. The only reason they come as a shock is because the audience expects the characters to have plot armor, but the events itself evolve organically from the plot.

In the case of Ned, his arc is tragic. He's not a detective, like we're led to believe in book 1. His tragic flaw is his insistence on his honor, which causes him to make mistake after mistake. If anything, his death is foreshadowed in the first scene, when we see a dead direwolf hit by a stag, and the puppies having to fend off for themselves. It's exactly what happens to his children, and in case the symbolism wasn't clear, each children takes a puppy.

But then we get writers, and even the series showrunners thinking that Ned's death is cool because it's shocking, so they should have shocking moments. It's easy to have a shocking, out of nowhere moment; all you have to do is write something nonsensical, and it's awful.

I guess Ned's death is like a plot twist. A good plot twist might feel unexpected, but when you look back, it makes total sense. Every "twist" in the book makes sense, including the wedding and what happens to Jon when he acts too much like Ned and gets all honorable, forgetting that he should also appease his enemies. And that's why the books are good and they work. The unfortunate attempts of copying it are terrible. But it's true that this twist is interesting because it removes the hero, which is unusual.

All good points, Day. I hadn't connected the death of the dire wolf and Ned's death!