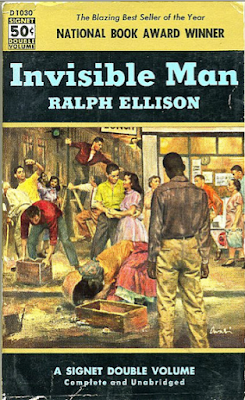 An unnamed Black narrator in 1952 lives underground in Manhattan in a room lit with 1,369 light bulbs, powered by stolen electricity. He remembers various incidents from his life, including a time he threatened a white man with a knife for insulting him, and a time he tried reefer while listening to Louis Armstrong. As the first chapter begins, we flashback to a time he arrived to give a speech to white rich people, only to find he was expected to fight other young black men first.
Why the unnamed narrator might be hard to identify with: He doesn’t have a name. He’s bizarre. He’s a quitter. He seems equally disdainful of everyone, black and white.