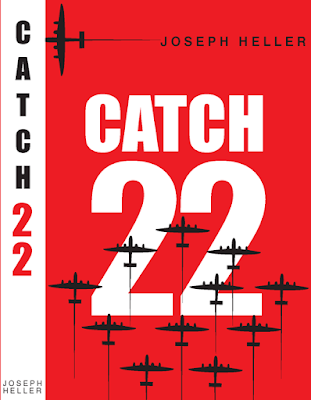 Air Force captain Yossarian malingers in a military hospital in Pianosa, Italy. He and his friend Dunbar goad and mock a Texan who thinks only certain types of people should vote. Yossarian is required to censor mail to and from the enlisted men, does so in bizarre ways, and signs his work “Washington Irving”, which results in an investigation.
Why Yossarian might be hard to identify with: He’s refusing to fight Hitler, which is different from trying to get out of Vietnam. He says he’s madly in love with the chaplain, but we sense that Yossarian is not really capable of real friendship. He’s dead inside. He writes sadistic letters to his loved ones at home. He falsely accuses the Texan of murder. We already get a sense here in these early pages that his attitude toward women is terrible.