31 Days of Believe Care Invest: The Autobiography of Malcolm X 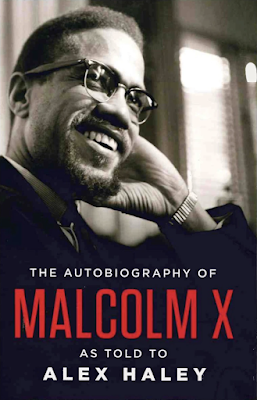 When Malcolm is still in the womb, his mother holds off Klansman from burning down her house by showing off her pregnant belly. Malcolm is born and becomes one of eight children. His mother is a half-white West Indian, the product of rape. His father is a very black Georgia man who preaches for Marcus Garvey’s “Back to Africa” movement. Eventually, a Klan-like group kills his father and leaves him on trolley tracks to be cut in half, and the family must find a way to survive.
Why Malcolm might be hard to identify with: At the time the book came out, many readers, especially white readers but also some black readers, would have found him to be unreasonably angry and resentful, but today we’re all more realistic about acknowledging America’s longstanding race war, and the book is universally beloved.

Believe
Care
Invest
Strength / Flaw (they’re not really flip sides here): Intelligence / Criminal inclinations (he keeps getting in trouble for shoplifting and other petty crimes, ending up in reform school.)
Posted by Matt Bird at 11:00 AM

Possibly Malcolm's strength is that he is outspoken, as opposed to his brother who went hungry. The flip side being he makes himself a target.

But I wouldn't call that a flaw. I think a flaw has to be genuine. How about this: rebellious / lawless.