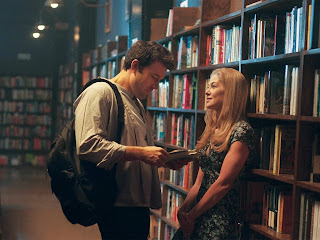 Fun fact: There are two of my books that I never did BCI for! Here’s the first one!
Why Nick might be hard to identify with: We’re invited in this first chapter to assume that he’s killed his wife. By the time we’ve found otherwise, we’ve got lots more reasons to dislike him, such as the fact that he cheated on her.

Believe
Care
Invest
Why Amy might be hard to identify with: She seems a little dippy, and unliberated.