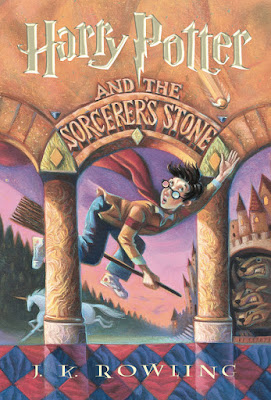 Okay, I’ve been meaning for a long time to do a series on this blog examining “Believe Care Invest” in fifty stories or so and generating my next book in the process. My original publisher going out of business took the pressure off me to do that, but now my new publisher is finally ready for new submissions, so it’s time to get back to it.

But I’ve had some reservations. I’ve been reluctant to start this for various reasons, but they don’t really make any sense:


I had meant to start with chapters defining Believe, Care and Invest, but I think I’d better work backwards on that, generating my raw data before I preview it. So let’s just jump in, shall we? Here’s:


The Two Introductions of Harry Potter

First of all, we spend several pages with Uncle Dursely, trying to ignore evidence that wizards are celebrating around him. We are searching for someone to identify with right away, but we just can’t connect with this guy. We do believe in his reality, because of lots of curious details (He makes drills for a living, he has a big mustache but no neck), but we don’t care about him and we certainly don’t invest in him. So why don’t we reject a book that isn’t giving us someone to identify with? Oddly, Vernon Dursley works as a sort-of anti-POV character. Yes, it’s frustrating, because we want to see all the things he doesn’t want to see …but it’s kind of fun to feel that frustration, for just a few pages.

Then, in the second half of the first chapter, we finally meet the character who we know from the title will be the hero of the book …but he’s just a baby. Any writing-advice book will tell you not to do this! It’s impossible to identify with a baby, unless this is the world’s most compelling baby.

But that’s exactly what Rowling gives us. Against all odds, she gets us to believe in, care for, and invest in baby Harry Potter.


So we’re saying, “Hell, yeah, this is an awesome hero!” But of course we’re also thinking, “Uh, I hope he learns how to talk soon, because it’s hard to identify with the character who has no dialogue of any kind.”

Nevertheless, Rowling has certainly compelled us forward to Chapter 2. Thankfully, Harry is now 10-going-on-11, but a 10 year old is basically a totally different person from a 1 year old, so now she has to reintroduce the character all over again and get us to identify with our real hero.

So can we believe in, care for, and invest in 10 year old Harry?


For many young people, this will be the first novel they’ve had read to them, or maybe the first novel they ever read on their own. And it’ll be a bit of a weird introduction to the world of novels. Neither the book nor 10-year-old Harry are begging to be liked …but maybe that’s why we like them so much.
Posted by Matt Bird at 12:00 PM

Also to get buy-in: it’s not just that Harry’s an orphan, it’s not just that he’s potentially a great wizard, it’s not just the cool setup of the giant on the flying motorbike, it’s that this potentially great wizard baby is going to be deliberately abandoned to our world, which Rowling established in the first chapter that either can’t or won’t see magic. So we worry for him, knowing that this child of vast gifts and love is about to be dropped into a situation where his specialness won’t matter among strangers who won't love him as much as his parents did.

Yeah, tell me that doesn’t resonate with every kid ever.

(If this was something you're going to get into in a later post, my apologies for jumping the gun.)

No, I wasn't, and that's a good point! As I say in my first book, the most universal emotion is feeling misunderstood.