How to Write a Memoir: Establish that You Were in the Thick of It 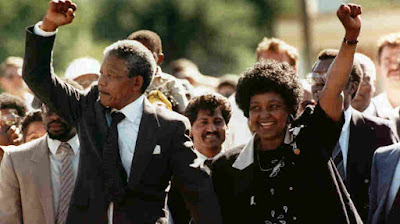 There is nothing you can do that is more self-important than writing a memoir: “Hey, you! Hey, everybody! Stop what you’re doing and devote 10 hours to hearing every detail of my life! In return, I will not listen to a word of your life! Because I am so much more interesting than you!”

Trevor Noah has a bit more claim to our time than out last memoirist, Tara Westover: We’ve at least heard of him. We’ve maybe been entertained or edified by his TV shows. We might say “Oh, sure, that guy, let’s hear what he has to say.” But that only gets us as far as the first chapter. If he launches into chuckleheaded tales of celebrity shenanigans, we’ll check out quickly.

No, all memoirists ultimately face the same test: Once the reader is reading they’re going to ask, “What can you tell me that’ll blow me away? What about your life is remarkable or shocking or harrowing enough to be worth my time?” As veterans used to ask of each other, “Sure, you were in Vietnam, but were you in the shit?” Noah understands that even celebrity memoirists, if they want to reach beyond their hardcore fans, have to assure the reader: “I was in the shit.”

Luckily Noah has three historical horrors to power his story. His title lures us in by promising a tale of one of history’s great crimes, apartheid, which we’ve all heard of. But that turns out to be sort of a fake out, because Apartheid ends when he’s five, so, after getting us to pick up the book, he transitions us on the first page into another conflict, the subsequent civil war between Zulu and Xhosa ethnic groups. American readers are less familiar with this (and wouldn’t have bought a book that promised to be about this), so he has to get us up to speed, and convince us that this, too, is the shit.

So his first chapter is about a time that some Zulu minibus drivers almost killed him and his mom for being Xhosa, until they leapt from the moving vehicle to get away. And he makes it kind of funny, while still totally harrowing. It’s a great first chapter.

And lest that conflict run out of steam, he briefly mentions in this opening chapter that he’ll also be telling the story of his stepfather shooting his mother in the head! Noah is going out of his way in this first chapter to tell us, “It doesn’t matter if you love me or not, I have a hell of a story to tell.” He is holding himself to the same standard that Westover or any unknown memoirist has to meet: I will make you care whether you want to or not.
Posted by Matt Bird at 5:20 PM

Loved reading the niche details provided by in this write-up. You’re such an awesome content developer. I am following your website to hear from you in the future. I just want to tell about independent Kolkata escorts, who are simply amazing sensuous entertainers known for offering their 100% satisfactory companionship.

Russian Call Girls in Indore and these women are considered to be the most beautiful and sexy girls in the world. Hi Profile Escorts in Jaipur are highly demanded in the escort field as well as by customer. The people who love to spend their precious time with beautiful babe. Check our other services also...
Russian Escorts in Faridabad
Call Girls in Rishikesh

Our Escorts in Agra, They are very adventurous; therefore they will take you to places other tour guides wouldn’t dare to tread. Give these girls a chance to lead your way and you will live to remember this powerful tour. Check our other services...
Female Escorts in Agra
Russian Escorts in Agra
Escorts in Agra
Call Girls in Faridabad

You can book call girl in Guwahati or escort Service in Guwahati for incall facility
oroutcall Facility as and when required.To book Guwahati call girls
you can visit the following links
Guwahati Call Girl
Call Girl in Guwahati

Take one of our gorgeous Delhi Escorts with you and become the center of attraction of the party! You can also enjoy a bold and no-strings-attached relationship with one of our sexy escorts in Delhi. 💋💃💛💛