Storyteller’s Rulebook: A Different Type of Agency in “Educated” 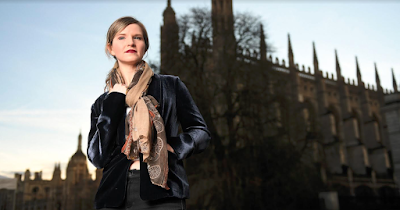 Tara Westover had a problem.  She knew the hero of her memoir “Educated”, her own young self, would be very easy to believe in, because of a wealth of detail (she kept journals at the time), and very easy to care about, because of the horrible abuse and neglect she suffered, but could the reader invest in her?

Tara (I’ll refer to her younger self as “Tara” for the rest of these posts) will withstand a lot of abuse before she runs away. As with a teen in a horror movie, the audience will be shouting “Just get out of the house!” for the entire first half (then we’ll be shouting “And don’t go back!” for the second half, but she will continue to do so.) If her family loves her at all, it’s such a sick, twisted, toxic love that she’d be better off without it. We’re going to get frustrated as she stays. We know that it’s unfair to judge an abused child, but it’s hard to root for a heroine who doesn’t try to flee this situation.

But what choice does young Tara have? She’s just a child, totally cut off from the rest of the world until she’s 17: She’s never set foot in a school, never seen a doctor, she has no birth certificate, she is forced to spend her summers canning peaches and burying rifles in anticipation of the “Days of Abomination”.

Does the fact that she has little choice mitigate our difficulty in bonding with her? No, it intensifies it. We want our heroes to protect themselves, but we also want them to have agency. We want them to be making decisions. Preferably good decisions, but even bad decisions are better than none at all.

That’s why Westover’s first chapter is so brilliant. She can’t begin with her hero fighting back, but she does the next best thing: She begins with her younger self getting one chance to choose a better life and rejecting it.

The first chapter skillfully weaves together three different incidents that didn’t actually happen at the same time (and she makes that clear): Her father’s decision that the bible forbids milk (a metaphor for denying love), her father’s obsession with the fate of Randy Weaver, and an offer that Tara’s grandmother made to her around the same time: to abscond with Tara in the middle of the night, take her from Idaho to Arizona, and enroll her in school.

And Tara seriously considers it. She knows, on some level, that she’s being abused, that she should be in school, that her grandmother is trying to save her …but in the morning she hides until her grandmother leaves without her.

Tara lacks the self-preservation instinct we want in a hero, but at least she has agency in this one chapter. She has a better option, agonizes over it, and ultimately refuses to take it. This is not the first incident in the book chronologically, but Westover must begin here to get us to invest in the character, as much as we can. For the next two hundred pages, Tara will lack capability, but she will at least have culpability, and that is compelling in its own way. The story will have irony, because this horrible life will be a life she chose. That makes it far more meaningful.
Posted by Matt Bird at 8:00 PM

Labels: Character, Educated, How to Write a Memoir, Storyteller's Rulebook