How to Write a Memoir: Each Chapter Should Tell a Story 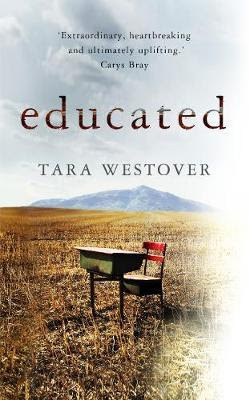 If you aren’t already famous, nobody wants to read your memoir ...unless it’s great. There are two types of book that everybody thinks they can write with no training: Picture books and memoirs. When you tell anybody in publishing you’ve written one as your first attempt to get published, you will get an epic eye-roll. They will read it even more skeptically than they read everything else.

Tara Westover lived every non-famous memoir writer’s dream. Her name meant absolutely nothing to nobody. She had only published academic papers. She just knew that her life story was fascinating, and she felt it needed to be told. She knew she needed to tell it so well that people who had no reason to care about her would suddenly care about her.  And she did it.

(And she’d then have to convince that publisher to put a huge promotional push behind the book, saying, “Trust us, you’re going to want to get to know this woman.” The book wasn’t going to sell itself …At least not at first. Eventually word of mouth might kick in, but not if it were hidden in the back of the bookstore with a terrible cover.)

I’ve talked before about how gatekeepers only read the first 15 pages of almost everything in their slush pile. Most books don’t grab them right away, so they quit reading. Westover’s story is very heroic in the end, as she breaks away from her upbringing and gets a great education …but no publisher was going to get to that if this first chapter didn’t grab them.

She could begin her book with a flashforward, previewing the heroic ending that will come, but she chooses not to do that. We begin pretty much chronologically, starting with a moment when she was ten or so and could have run away but didn’t. (For the most part, we move forward from there, but earlier parts of her backstory will be told in little mini-flashbacks interspersed with the next fifty pages or so.)

Westover seems well aware that this prologue and first chapter would be the only part most potential agents and publishers would read, because it is a complete and compelling story, with a beginning, middle and end. At the end, we are launched into the rest of the book and eager to keep reading, but we also feel that we’ve gotten a chunk that is satisfying on its own.

This is a key feature of a great memoir: each chapter has to be a great story on its own. Memoirs are, by their nature, very episodic. Each chapter will jump months or years ahead to the next anecdote. Nobody wants to read a memoir and say, “Well, we’ve had 100 pages of nothing but downward trajectory, so I sure hope this is going somewhere at some point.” They want to read constant ups and downs, constant ironies, constant dilemmas, constant decisions, constant conflict with shifting power dynamics.

A great memoirist is a great storyteller, which means you know how to tell one big story and lots of little stories. If you have a great memoir, you can read any chapter at “The Moth” at any time and satisfy the audience.

Carson over at Scriptshadow talks about how every story needs GSU: Goal, Stakes, and Urgency. In crafting this first chapter, Westover has taken three things that happened around the same time, but not at the exact same time, and interwoven them into one anecdote that has strong GSU:


In the end, she rejects the goal, accepts the life of milklessness and danger from the feds, and watches her grandparents drive away without her. It’s tragic, ironic, and perilous. “The Moth” would be pleased.

Even the most skeptical agent or publisher, idly pulling this off their slush pile, would be pretty much guaranteed to be hooked by this first chapter. They would know they’d then have a huge job to do: promoting a memoirist nobody had ever heard of, but it would be worth doing, because, if they pushed this book into enough hands, it would soon begin to sell itself. And that’s exactly what happened.
Posted by Matt Bird at 8:00 PM

Labels: Educated, How to Write a Memoir