How to Write a Memoir: Establish Your Unreliability 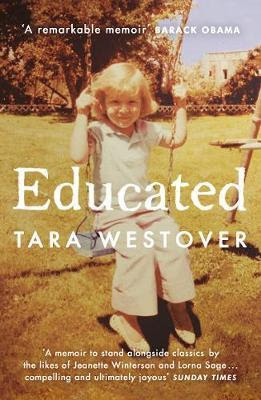 Tara Westover has every memoirist’s greatest treasure: She kept a journal starting from a young age (the only writing she ever did, because she had no school assignments.) But she still has to establish early on that the facts in her memoir might contain errors. She has to do this for several reasons. Here are the first two:


Right there on page two she makes an observation that is generally true, but it has a footnote which tells us that there was an exception. I don’t know whether that footnote was Westover’s idea or her editors, but I think it reassures the reader. Paradoxically, pointing out that she’s made a technically false generalization on page two helps to convince us that everything else is probably just about right.

We all know there have been several recent memoirs that have turned out to be a tissue of lies, and Westover will share many shocking details that seem like they can’t possibly be true, so she has to be very careful, both to reassure us and to protect herself. And she seems to have done her job well: Her parents’ lawyer has attempted to dispute the book, but only by disputing accusations that she didn’t actually make, as the comments in that link make clear.

But there’s a big third reason that Westover has to establish that her memories will not be entirely reliable: because she’s dedicated to writing the most enthralling memoir possible, and that means that she’ll include some exciting and violent incidents that, she now realizes, she only imagined as a child. Her father has told her the story of the Ruby Ridge story so vividly that young Tara gets confused and thinks it happened to them:


For the Westovers, neither the apocalypse nor the government’s jackbooted thugs ever arrived. There was lots of violence within the family, but none from the outside. But the imagined threat of government violence was such an overwhelming element of her childhood that it would seem false to leave it out, even though it only happened in her mind. Those are the first two paragraphs of Chapter One. She’s establishing that the stakes seemed violent, which makes this a more exciting read for us, but she’s also establishing that she now realizes it was all just in her mind (and in her father’s.)

She also has to be clear that she will be telling us these events in the most dramatic order, not chronological order. In the first chapter, she shows her grandma offer to take her away, then as she waits all night for her grandma to arrive, she tells the story of her father telling them about Ruby Ridge, then in the morning, she decides not to go with her grandma. That’s the most dramatic way to tell that story, but she makes clear that it didn’t actually happen in that order. This is very sophisticated memoir writing.
Posted by Matt Bird at 12:00 PM

Labels: Educated, How to Write a Memoir