Storyteller’s Rulebook: Cut Most of Your Adjectives and Adverbs 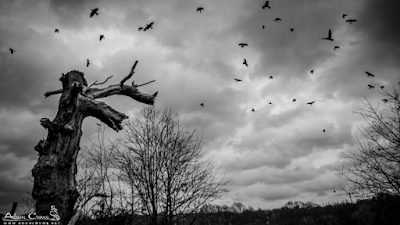 So I’ve got a problem: I was going to talk about how Arundhati Roy uses a lot of adjectives and adverbs, which goes against my advice, but then I realized I never actually gave that advice, because I couldn’t post the piece I wrote.

Last year, I was doing a lot of Storyteller’s Rulebook pieces based on examples from notes I’d given, but that was annoying, because I had to run them by the person I gave the notes to, to see if I could share their sentences. Well the author of these sentences asked me to hold off until the story was published. But now the story has been published (though the author has still asked not to be identified) so I’m free to post it, before I offer Roy as a counterpoint next time:

One of the biggest problems I see is the use of too many adjectives and adverbs. I’m certainly not the first editor to carp about this, but I’ll add my voice to the multitudes

Never use two adjectives when one will do, and one will almost always do. One adjective usually implies the other, so the other is not needed. Iron implies gray, so you don’t need gray. Iron and tight, working together, imply thick, so cut thick. As for the adverb, “swarming and swimming” implies crazily, so cut crazily. Don’t bore us within a sentence by giving us the same information twice, first in verb form and then in adverb form.

Readers don’t want to luxuriate in your mellifluous sentences. They want to know what’s going on. They want to see it and feel it, then they want to move on to the next image as soon as possible. This is a good sentence, once the fat is trimmed out.

It doesn’t apply to this sentence, but one rule is that you should never use two adjectives that need a comma between them: Big blue ball doesn’t feel like it needs a comma between big and blue, so it’s fine. Cold, breezy day needs a comma, so you should probably cut one of the adjectives. Commas are speed-bumps, causing the reader to stumble and slowing down the reading process.

Here’s another sentence from that manuscript: “I stared at the blocks stupidly.” Adverbs almost always feel like apologies for failing to find an interesting verb, as if you’re saying, “I was staring, and I know that’s not very interesting, but what if I told you it was doing so stupidly?” Don’t apologize. Trust your verbs. Force us to be content with staring. It’s not possible to stare at blocks intelligently (unless the next line is, “and I spotted an important clue!”) Just cut the adverb, 90% of the time.
Posted by Matt Bird at 8:17 PM

Take a sentence from the beginning of the Roy excerpt in your previous post: Dissolute bluebottles hum vacuously in the fruity air. Then they stun themselves against clear windowpanes and die, fatly baffled in the sun.

Two of the three adjectives (“dissolute” and “fruity”) shade the meanings of the nouns they modify. The words are not normal modifiers for those nouns, but they feel apt. Bluebottles do seem dissolute somehow; summer air can indeed smell fruity, and that seems right. The third adjective, “clear,” seems redundant to me, but it makes the image of the flies battering themselves against glass easier to imagine, so yeah.

Two adverbs in two sentences is a lot for modern English-language literary fiction, but both work. “Vacuously” is not implied by “hum.” The word puts a subjective flair into the description. Adverbs force interpretation onto verbs. If the interpretation an adverb provides is diagonal to the verb’s usual meaning – not in line with it, not perpendicular to it, not opposed to it, but diagonal to it – an adverb can add quite a bit. The use of “fatly” before “baffled” is an even stronger choice, because while describing a hum as vacuous is a little unusual, calling a bafflement fat is extremely odd. But I think it still works, as it evokes the fact that bluebottle flies are stubby bugs.

Later in the same page, there’s a sentence with a pair of adjectives that violate your suggestion to avoid adjectives that can be broken up by commas, but I think it fits: …short spells of sharp, glittering sunshine that thrilled children snatch to play with. “Sharp” and “glittering” complement each other but aren’t redundant. Given that sunshine doesn’t have to be sharp or glittering, both adjectives serve a purpose.

Not to say that it’s all perfection. It was raining….Slanting silver ropes slammed into loose earth, plowing it up like gunfire. Okay, another description of weather using a series of words starting with S, fine, but this one feels a bit much. “Slanting silver ropes” is a bit too far off from the way rain actually looks to forgive its over-strong and alliterative image, and the “slammed into the loose earth, plowing it up like gunfire” similarly overheats the scene. It’s trying to emotionally color the scene, but it pushes a little too hard too soon. We aren’t there yet, so it comes across as a little forced.

Excellent analysis. I have my own take on some of these sentences in today's post.

Matt, I studied your book over the summer. I took 30 pages of notes. I made charts. I have a lot of studying left to do but, I've got a handle on how to write like I never did before thank you.

Now when I write, I am looking for that dramatic moment that makes the scene. I dont care how I get there. I'll edit it again and again anyway.

So my latest story is a kids book about some joker time travellers and I thought how about a grandiose omnipotent narrator to capture some exquisite, mouth-wathering, over-the-top descriptions of all of the exploits of my temporal-practical-joker-juveniles.

It creates this amazing economy of rich adverb and adjective laden passages and when the narration stops--short, realistic, believable prose that leads to that dramatic moment that ends the scene.

It's really working in this story, if I may say so myself, where the narrator inflates the situation and then the kids and others speak in plain language, struggle over what they say and believe. Then, the scene turns and the narrator maybe comments on what happened and sets up the next scene.

So my advice is to learn all of your chops and find an outlet for your amazingly-loquacious, editor-enervating, and possibly career stalling language. You may find yourself writing like you never have before.

Thanks for sharing. Air Ambulance and air medical service will be provided from Bangalore,India to across the world services, air ambulance in Bangalore is used to respond to medical emergencies by emergency medical services.charter Flights Aviation is providing all kind of medical emergency assitance and air ambulances are ICU equiped also contains Aero Medical Docters and Nurses,Suction Machine,Emergency Medicine,Ventilator,Defibrillator etc