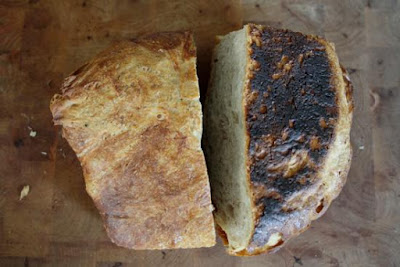 The only way that Denver and her mother-in-law Baby Suggs have survived is by cauterizing their wounds. This is literally true for Denver, who has lost all feeling in her back from her whippings, but Baby Suggs, too, has developed some calluses.


They have blocked off their feelings, but it’s Morrison’s job to pick at those scabs, rip off the dead skin, and expose their pain to us in a way that we’ll feel it. How do you make the audience understand what it’s like?

Losing eight kids is unimaginable to modern readers, but you have to make us imagine it. The first mistake would be to have Baby Suggs scream about the injustice of it, which is of course something she would have stopped doing long ago. Morrison does the opposite: summons up our shock and horror by showing how casual Baby Suggs is about it. Our horror is in inverse proportion to hers.

But then Morrison shows how important unique-but-universal details are. If she said of her firstborn, “All I remember of her is her smile,” we would gape at the horror of that loss, but we wouldn’t really feel it. Instead, Morrison says “All I can remember of her is how she loved the burned bottom of bread”. This is a detail I’ve never heard used in a story before, nor in real life, but it feels totally real in a universal way. It feels so real, and so it makes the suffering so real.

The inhuman has become human. A writer’s most powerful tool is specificity.
Posted by Matt Bird at 12:00 PM