Storyteller’s Rulebook: Enough with the Dribs and Drabs 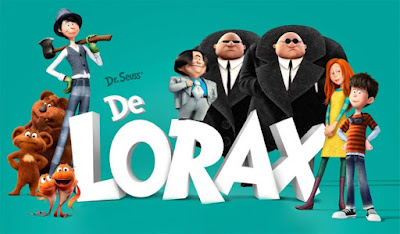 What’s the worst movie ever made? Certainly one of the candidates is the feature adaptation of The Lorax from 2012. Every aspect of this movie was an obscene desecration of one of the all-time great books, but let’s focus on one of its more minor sins.

In order to expand the story to fill two hours, they had a second storyline set at the kid’s home, then they had him get the story from the Onceler in drips and drabs over several nights, so that they could intercut the two storylines.  But of course here’s the problem: We’ve all read “The Lorax” and we know that it takes about 15 minutes to read. It doesn’t take long to tell the Onceler’s whole story, certainly not talking all night for several nights.

I run into this problem in a lot of books I read: The hero wants to hear the truth, and someone else is willing to tell him or her the truth, but for some reason it takes several scenes over several days for the truth to come out.  Readers have little patience for this.

It’s okay to have a story come out in dribs and drabs if there’s a reason for that in the story: The storyteller gets interrupted and taken away, then the hero has to find him again to get the rest, or there are several people who each only have a little piece of the story and they have to be tracked down one by one.  But if the hero and the person who knows the whole truth are in the same place for an hour or so, we expect the full story to come out. Get past it and move on.

One way writers try to get around this is to have the tale-teller say, “That is all I shall tell you for now, perhaps later I will say more,” or something like that, but that’s precisely when we want our hero to take a stand and demand the whole story right then and there.  If you put a weak obstacle like that in your hero’s way, we’ll expect the hero to plow through it, not meekly accept it and slink away.
Posted by Matt Bird at 12:00 PM

Matt has more to say on drips and drabs, but he'll tell you the rest tomorrow!

Oh and by the way "drips" and drabs? It's "dribs and drabs."

But after the "moreso" debacle I guess anything goes on this blog.

Huh. I thought it was drips and drabs. This time, I'll change it, because you kept your cool.

This seems related to the list issue. Like in Scott Pilgrim, where we all know it's about the final battle, but must wait through the early fights to get there. It's equivalent to splitting the big battle into 7 battles (dribs and drabs). Beware laying all your story out as the audience will get too far ahead.