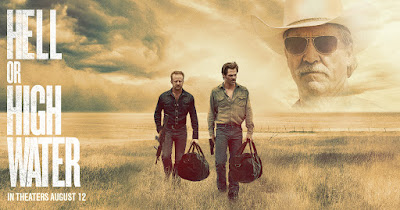 The Problem: No problem really, I just thought it was somewhat slight for a Best Picture nominee. It’s very similar to No Country for Old Men, but so many scenes in that movie crackled with energy, whereas there was a lot less crackle here. I also thought it was too hard to make out what everybody was saying, which is getting to be more of a problem for me as I get older, which brings us to…

What I Liked About It: The inarticulateness wasn’t as bad as Loving, though. Loving did that thing where they have a non-American actor who thinks the way to act American is to squint and grunt a lot. This movie, on the other hand, actually had Americans playing Americans, which I greatly appreciated.

Another thing I liked in the “at least it wasn’t like those other movies” category was the lack of my least favorite movie trend: The squishy sound. This officially became unbearable to me with Drive: This idea that the mic should be shoved down the orifice of every wound so that we hear the squishy sounds therein. I was afraid of more of the same here, but this movie was gratefully squishy-free. It was just a nice classical Western-neo-noir like Charley Varrick or Red Rock West.

Storyteller’s Rulebook: Understand the nature (and economics) of crime. Certain crimes are overrepresented in film, so that when we picture crime we picture Nocturnal Animals: Some stranger is going to rape and murder my wife and daughter! But that’s just our lurid fantasy of crime. The good thing about writing about bank robbery is that it’s one of the few crimes that actually happens more often than most people assume. There were about 5000 bank robberies last year, and a shocking number were successful. This movie presents a very believable portrait of how smart bank robberies actually work, and audiences appreciate a peek into the reality of actual crime.
Posted by Matt Bird at 12:21 PM